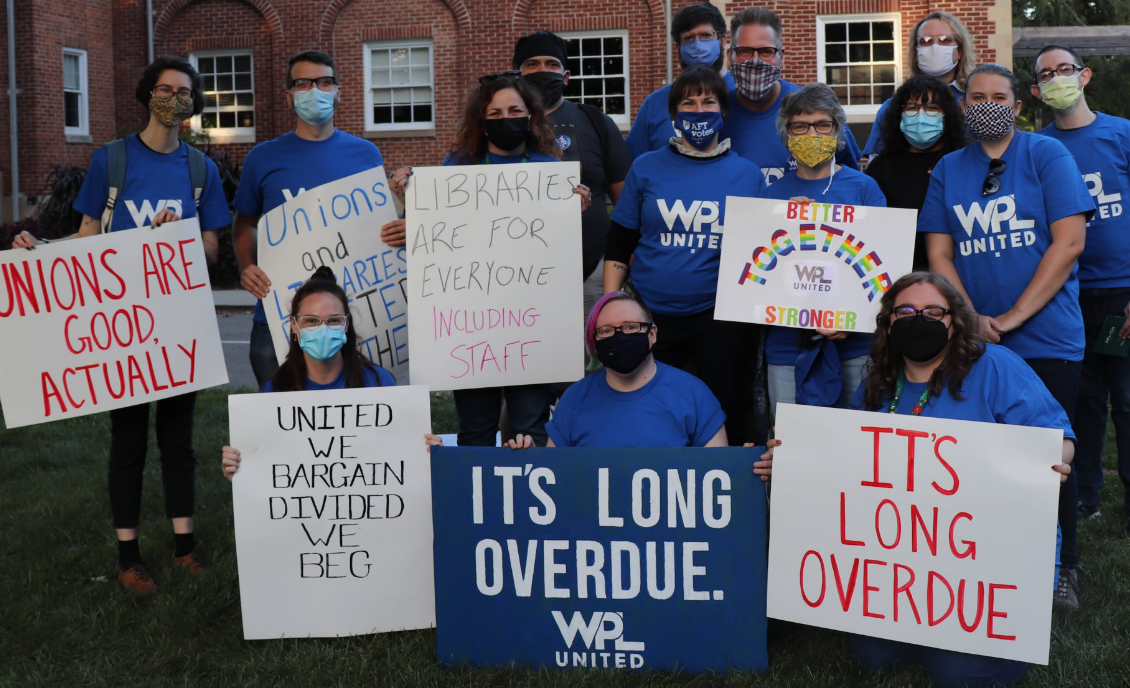 (COLUMBUS, OHIO) - Librarians and other Workers at Worthington Libraries have voted 80-to-10 (89%) to form their Union with the Ohio Federation of Teachers (OFT), according to election results that were released by Ohio’s State Employment Relations Board (SERB).

The Organizing Campaign was driven by concerns that too many library policies, including health and safety concerns and Paid Leave Policies, were being made without any input from Library Employees.

“I had seen so many of my Co-Workers try to change policy for the better, only to watch them be shut out again and again,” said Kristina Kesselring, a Circulation Assistant at Northwest Library. “We knew that organizing our Union would be the best way to support each other and have a say in how library policy affects us and our patrons.  Now that we’ve won, the power to change our working conditions is now in the hands of the most talented and passionate people I've ever met, and I can't wait to see what we can do!”

“We organized our Union because equity and Democracy are pillars of public libraries,” said Libby Vasey, a Librarian at Worthington Park Library. “All Workers at the library, especially those who work directly and daily with the people we serve, should have a voice at the table where workplace decisions are made.”

Worthington Libraries are now only the second library system in Central Ohio where Workers have organized a Union, but their Organizing Campaign has sparked interest from Librarians and Workers at other libraries.

“As a statewide Union of Educators and Public Service Workers, OFT Members know how vital our public libraries are for students and communities throughout Ohio,” said Melissa Cropper, President of the Ohio Federation of Teachers. “By forming their Union, these workers are taking the first step toward uniting for better jobs and stronger libraries in Worthington.”

The Organizing Campaign was publicly launched in June, when the Organizing Committee filed a request for voluntary recognition along with signed Union Cards for approximately 70% of eligible Employees with SERB.

More than 700 people, most of whom were local residents and patrons, contacted the Libraries’ Board of Trustees to ask them to voluntarily recognize the Union.

The Board rejected this request - but did pledge to remain neutral throughout the process.

“I am so proud to welcome the Librarians and Library Workers at Worthington Libraries who stood up, not only for their rights at work, but also to improve the quality of the essential public services they provide for the community,” American Federation of Teachers (AFT) President Randi Weingarten said.

“They will join (1.7 million) AFT Members, including thousands of Public Employees at libraries around the country, who know that by coming together in a Union they can make possible what’s impossible to achieve alone: a voice at work, dignity and respect and fair wages and conditions.  They are an inspiration, and it is an honor to fight alongside them,” she said.