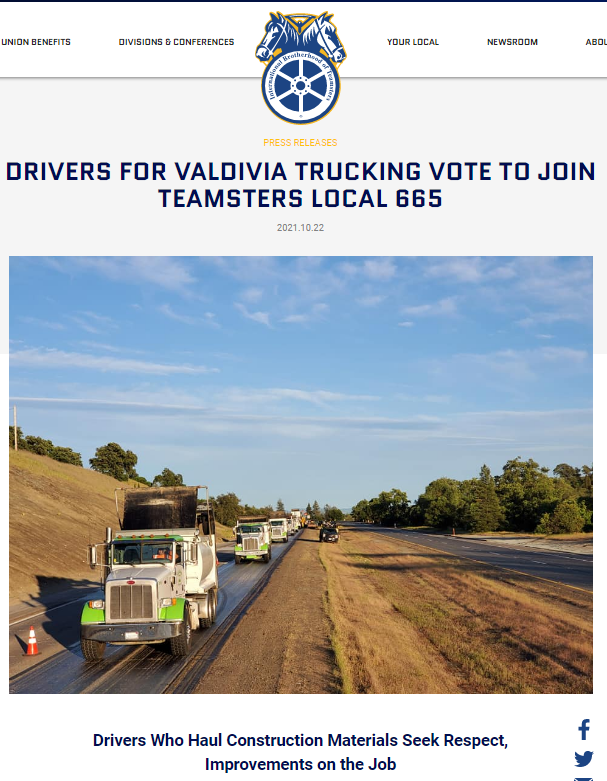 The 25 Drivers haul materials to and from construction sites in San Francisco and the North Bay.

The campaign to organize at the family-owned company was swift and decisive.

It only took three months from initial organizing until the vote.

The Drivers had been seeking a voice on the job, and their organizing began when a Valdivia Driver spoke with a family member who works at Republic Services, where he and his Co-Workers recently voted to join Local 665.

The Republic Driver shared the improvements he and his Co-Workers had already made since becoming Teamsters and recommended Workers at Valdivia join Local 665, as well.

“We want to welcome these new Members at Valdivia to the Teamster Family.  They persisted and showed their strength in organizing,” Teamsters Local 665 Secretary-Treasurer Tony Delorio said. “There are a number of long overdue improvements that the Drivers at Valdivia want, including better wages, and gaining benefits, protections and respect on the job.  We look forward to negotiating a strong agreement.”