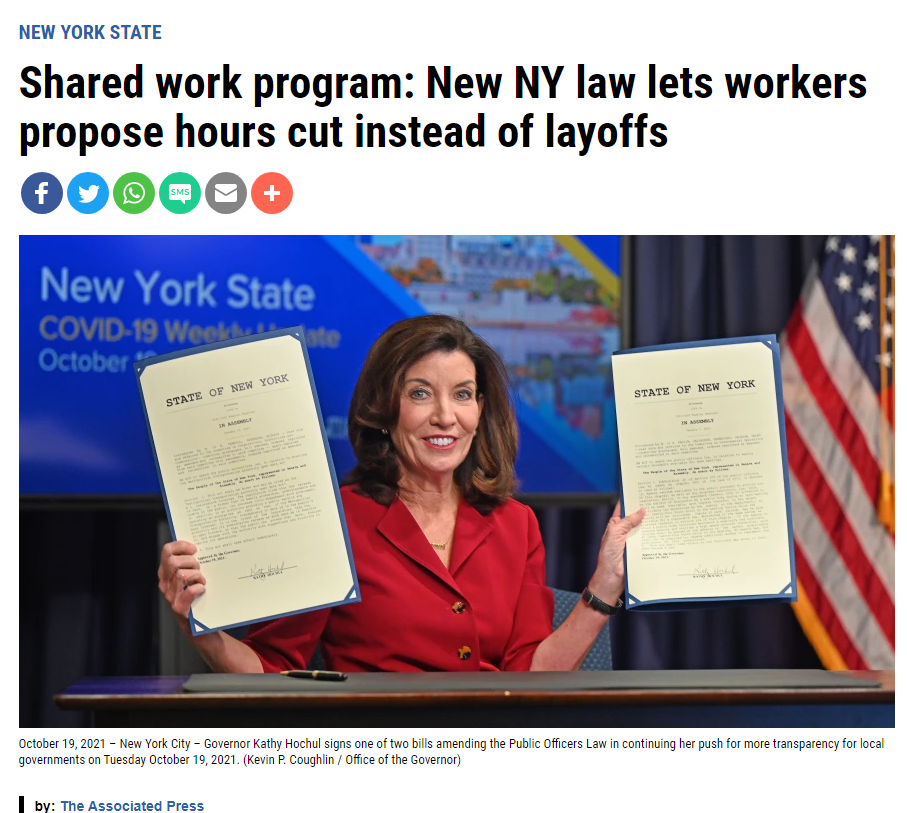 (ALBANY, NEW YORK) - Workers facing layoffs in New York State now have a right to ask their employers instead to trim all Workers’ hours and have Unemployment Insurance help offset the losses for everyone, under a law that Governor Kathy Hochul just signed.

The measure is meant to increase awareness of what is known as the “Shared Work Program.”

It already exists in New York but hasn’t been very widely utilized, though there has been an uptick during the Coronavirus Pandemic.

Newsday reported in March that nearly 2,700 employers statewide newly enrolled in the program during the pandemic’s first year.

The new legislation says Workers can petition employers to launch shared work instead of laying people off or rehiring only some of the workforce after a prior layoff.

The employer has to respond to the request -but doesn’t have to grant it.

The Law, which takes effect immediately, also prohibits retaliating against Workers who ask for the arrangement.

“We need to make sure our recovery efforts focus on supporting Workers,” Hochul, a Democrat, said in a release.

State Senator Shelley Mayer (Democrat-Yonkers), who sponsored the legislation, said in a statement that it would help New Yorkers “get back to work and build back stronger from the pandemic.”