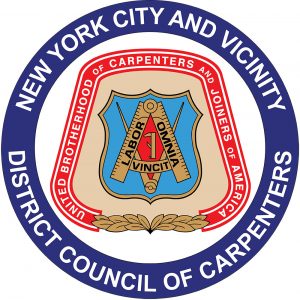 LaborPress had a chance to speak with Rubén Colón, NYCDCC Area Standards Council Representative, to learn more about the Union and its organizing strategies.

LP: How many Members does the NYCDCC represent?

LP: How does the Union bring in its Members?

RC: There are several ways to join the New York City Carpenters Union: General Carpentry Craft Apprenticeship Recruitment - once a year depending on economic factors; Specialty Craft Apprenticeship Recruitment - every second Wednesday of the month, as needed; Journey-Person entry via company request subject to approval of the Executive Secretary-Treasurer; and/or via organizing effort, drive, or bottom up campaign subject to approval of the Executive Secretary-Treasurer.  We also recruit potential Apprentices directly from various Pre-Apprenticeship Programs.

LP: What are some of the strategies around successful organizing?

LP: What is the thinking and philosophy behind organizing?

RC: Ideally, we’d like to recruit any and all Construction Workers that primarily swing a hammer for a living (i.e.: Carpenters).  All Workers deserve a voice, wages on which they can raise a family, employer paid medical benefits, and dignity and security in retirement.

LP: How difficult is it to organize Minority and/or Immigrant Workers who are facing dangers on the job and what are the issues they and you face in this effort?

RC: (It’s) a complex problem, and yes, they do face danger.  While I can’t give exact numbers, it’s safe to say a large number of Undocumented Immigrant Workers are exploited on a daily basis on Non-Union construction sites.  Statistically, a majority of construction fatalities in New York City happen to Immigrant Construction Workers often of Latino descent on Non-Union construction sites.  Sadly, on average, about a dozen die every year in New York City.  Aside from the expected language barriers hindering organizing efforts, is the fact that so many are undocumented.  They fear being exposed to Federal Authorities by their employers.  They are often threatened with losing their jobs, even though such practices constitute an Unfair Labor Practice.  The problem is so pervasive that they’re often not paid overtime, are shorted hours, even stiffed on their last week’s pay - often simply chalking it up to a calculated loss, eventually moving on to the next predatory contractor.  On the Union side, it complicates recruitment as government oversight ensures enforcement by government agencies.  Whether by design or simply as fate would have it, depending on who you ask, such oversight and enforcement rarely occurs on the Non-Union Side of the industry.  As a Union, we have certain principles we hold dear.  As we like to say, an injury to one (Worker) is an injury to all Workers.  We find ourselves torn between pushing for predatory Non-Union contractors to be held to the same legal standards as our signatory contractors - yet, we don’t want to harm/injure another Worker by having them lose their job, a difficult line to navigate while holding yourself to a higher ideal.  At some point, we must come to a reckoning - do we push for full enforcement, whatever the costs, moral or otherwise?  Or do we push for a relaxation of standards among the Organized Trades so that we can truly organize Undocumented Workers?  As it stands now, many remain unorganizable by way of direct recruitment into the Union.

To Directly Access This Labor News Story, Go To: www.laborpress.org/union-organizers-face-tough-challenges-nyc-carpenters-field-rep-says/