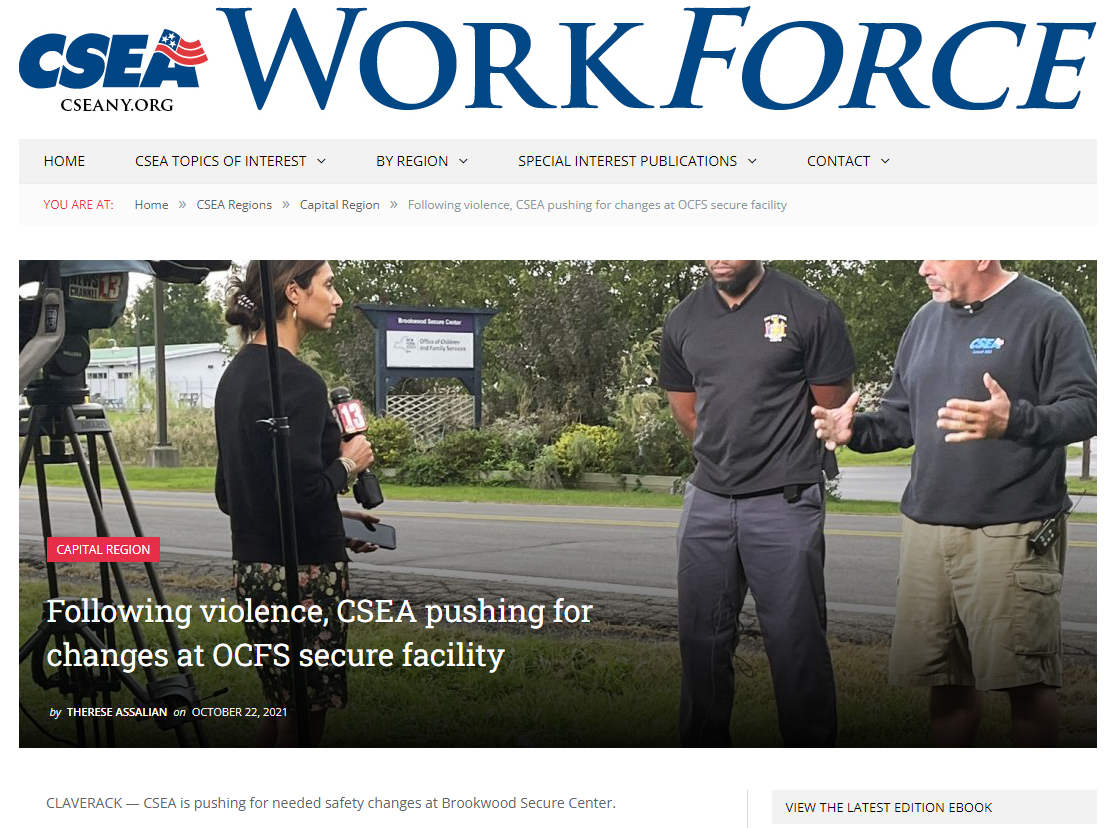 In mid-September, a riot broke out at the state Office of Children and Family Services (OCFS) Secure Youth Facility, notorious for its violent culture and frequent assaults on Staff.

Eight residents instigated a spree of violence that included pulling wood off bulletin boards to wield it as weapons, smashing security cameras, throwing furniture and beating, kicking and punching Staff.

Facility Staff called 911 to get the facility under control.

Three Staff Members were transported to the hospital for treatment of cuts, bruises, sprains and a broken cheek bone resulting from kicks, punches and blows wrought by residents spilling out from two different units.

Following the incident, CSEA called for the immediate transfer of the most violent offenders to other facilities.

In late September, CSEA Brookwood Secure Local President Todd Gardner, along with CSEA Member and Youth Division Aide (YDA) 4 Roscoe Adams, did an on-camera interview from outside the facility.

During that interview, they announced that a transfer of 16 of the most assaultive residents had taken place the day following the Union’s news release.

Speaking to reporters, Gardner discussed the toll the assaults have taken on staff working in such an extreme environment.

“At the end of the day, we just want to get home to our families,” he said.

A statewide review was launched to learn actions management is taking to address conditions at the facility and understand factors contributing to the incident.

To Continue Reading This Labor News Report, Go To: https://cseany.org/workforce/?p=10451