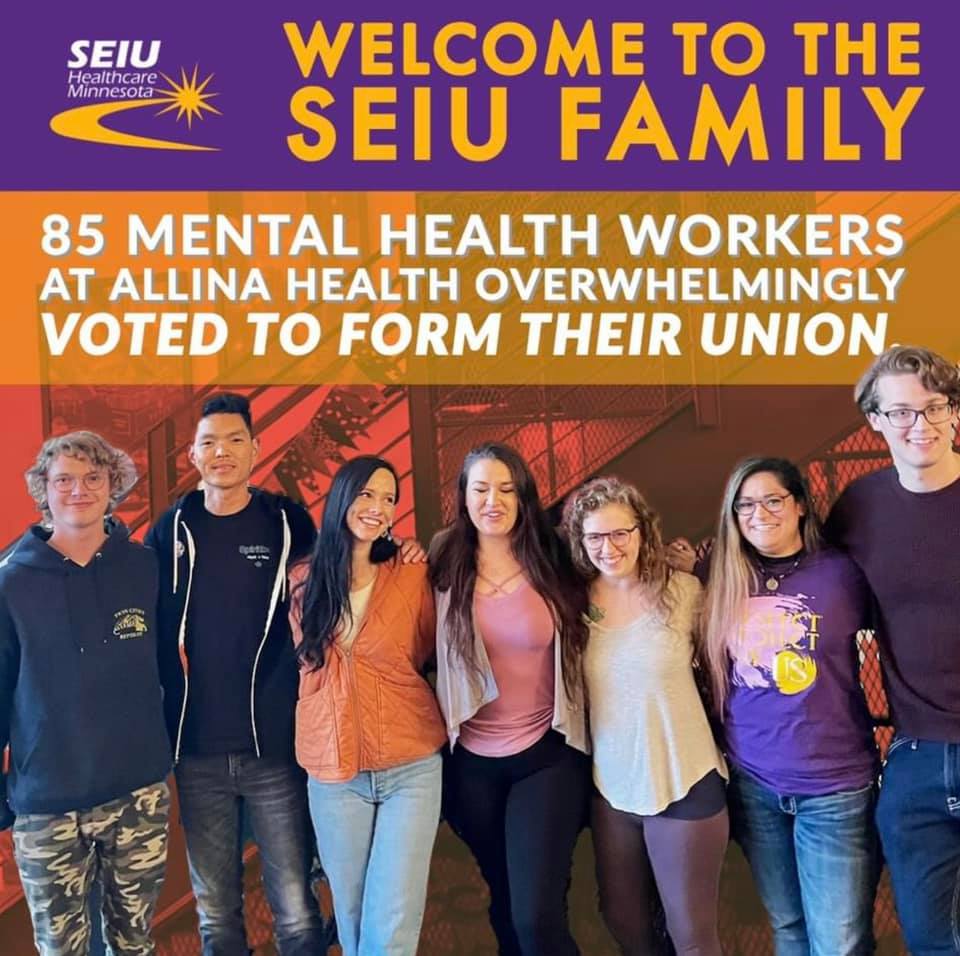 This is the third Allina group to join SEIU Healthcare Minnesota in the past month, along with the 350-person group of Mental Health Workers at M-Health - who formed their Union earlier this month.

Katey Sierra, who’s worked at Allina for five-and-a-half years, shared what this victory meant to this group of Workers: “The overwhelming margin of victory solidifies how we feel as a group and how we want better from Allina and management.  Getting a (99%) ‘yes’ vote shows we care about each other, we care about our patients and we care about improving our jobs.  I voted ‘yes’ because I’ve been denied raises, denied sick time, denied benefits and I believe strongly in Workers’ rights and having our voice heard.  The fact that we’ve been called heroes but not treated that way by Allina has been a big thing we’ve had to recognize.  We are tired of Allina taking advantage of non-contract work.  I’m excited we will have a seat at the table and we’re ready to fight to use our expertise to help improve our workplace for both workers and patients.”

The group, who normally would have more than 100 people strong, have been working short-staffed throughout the Coronavirus Pandemic.

Like the M-Health Fairview group, the main focus of the push has been around safety concerns – particularly by Staff dealing with assaults on a frequent basis and the lack of responsiveness by management.

To Read This Organizing Labor News Story In Its Entirety, Go To: www.seiuhealthcaremn.org/news/allina-mental-health-workers-join-wave-of-union-organizing-after-overwhelmingly-voting-to-join-seiu-healthcare-minnesota/