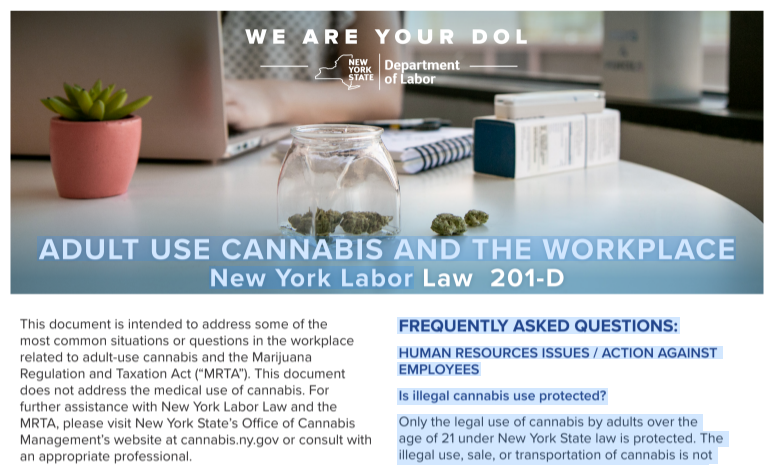 The news comes months after the state legalized the use of recreational marijuana for anyone 21 and older.

There are a few exceptions to the new rules: Jobs through the Federal Government and Workers Federally required to be tested - such as CDL drivers - are exempt from this rule.

Additionally, there are no protections for Workers younger than 21 or those not legally considered Employees, like contractors.

In the new guidance, the Labor Department says an employer can take action against a Worker if the Employee is impaired by marijuana while working, even if the employer has not adopted an explicit policy prohibiting use if the impairment decreases or lessens an Employee’s work performance or causes safety hazards.

WENY-TV Editor’s Note: The Full Guidance Can Be Accessed Via www.weny.com/story/45020584/nys-labor-dept-releases-new-guidance-prohibits-most-employers-from-testing-workers-for-marijuana