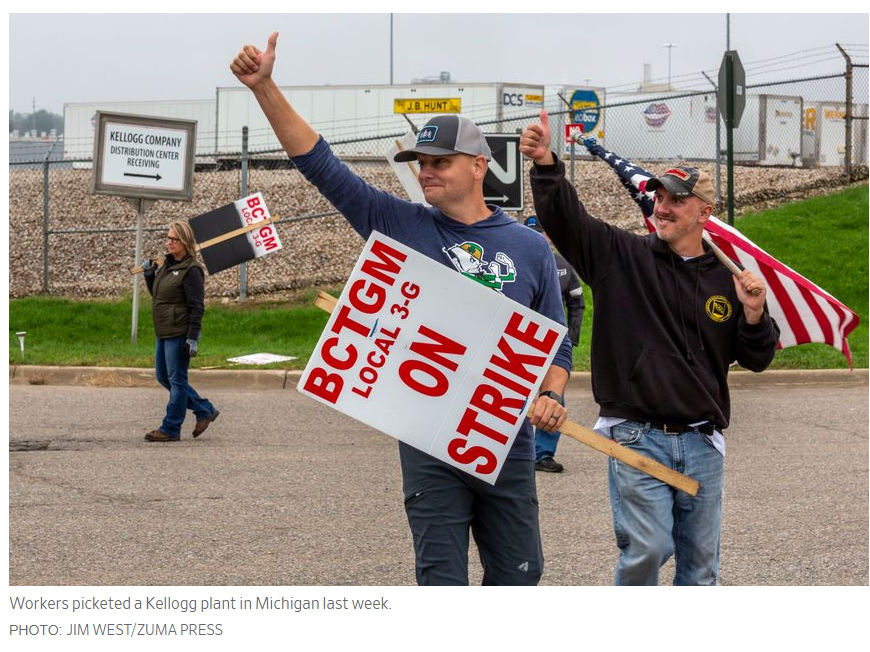 Union Leaders are pressing to increase their ranks and secure gains for their Members as Workers demand more from their employers and companies struggle with labor shortages and snarled supply chains.

Labor leaders elsewhere this year have worked to unionize Starbucks Baristas in Buffalo and Amazon Warehouse Workers, so far with mixed success.

Union Officials said Workers are motivated by lingering frustration over their hours, pay and concerns for their health as some have held front-line jobs through the COVID-19 Pandemic.

“There is a ‘new militancy’ out there,” Teamsters International President James P. Hoffa, which represents 1.4 million Workers, from Detroit Auto Workers to Package Delivery Drivers. “I do think ‘it’s an opportunity for Labor.’”

Many companies in recent months, responding to the tight labor market for lower-wage Workers, have been raising pay, offering signing bonuses and improving benefits To Stay Competitive.

Labor leaders said now is a time to build their ranks due to Worker shortages, the pandemic struggles and because a Pro-Labor President is in the White House.

Rob Hill, Vice President and Organizing Director of the Service Employees International Union (SEIU) 32BJ, which represents Janitors and Airport Workers, said he expects the roughly 175,000-Member Union this year to sign up double the number of new Members than it did in 2020, which was around 4,000.

Concerns over compensation, health care coverage and paid time off are drawing more Workers’ interest in the Union, he said.

The Teamsters said it is fielding an unprecedented volume of requests to form Unions at workplaces around the country and Hoffa cited organizing efforts or first-time contracts within Illinois Cannabis Dispensaries, Food-Distribution Warehouses and Las Vegas casinos.

A rush of concerts and other events being scheduled as pandemic restrictions ease is putting greater strains on Employees, Mr. Loeb said.

To Read This Labor News Report In Its Entirety, Go To: www.wsj.com/articles/from-film-sets-to-manufacturing-plants-unions-push-companies-as-workers-stay-scarce-11634488473?st=9psovud5wm9kuxi&reflink=desktopwebshare_linkedin