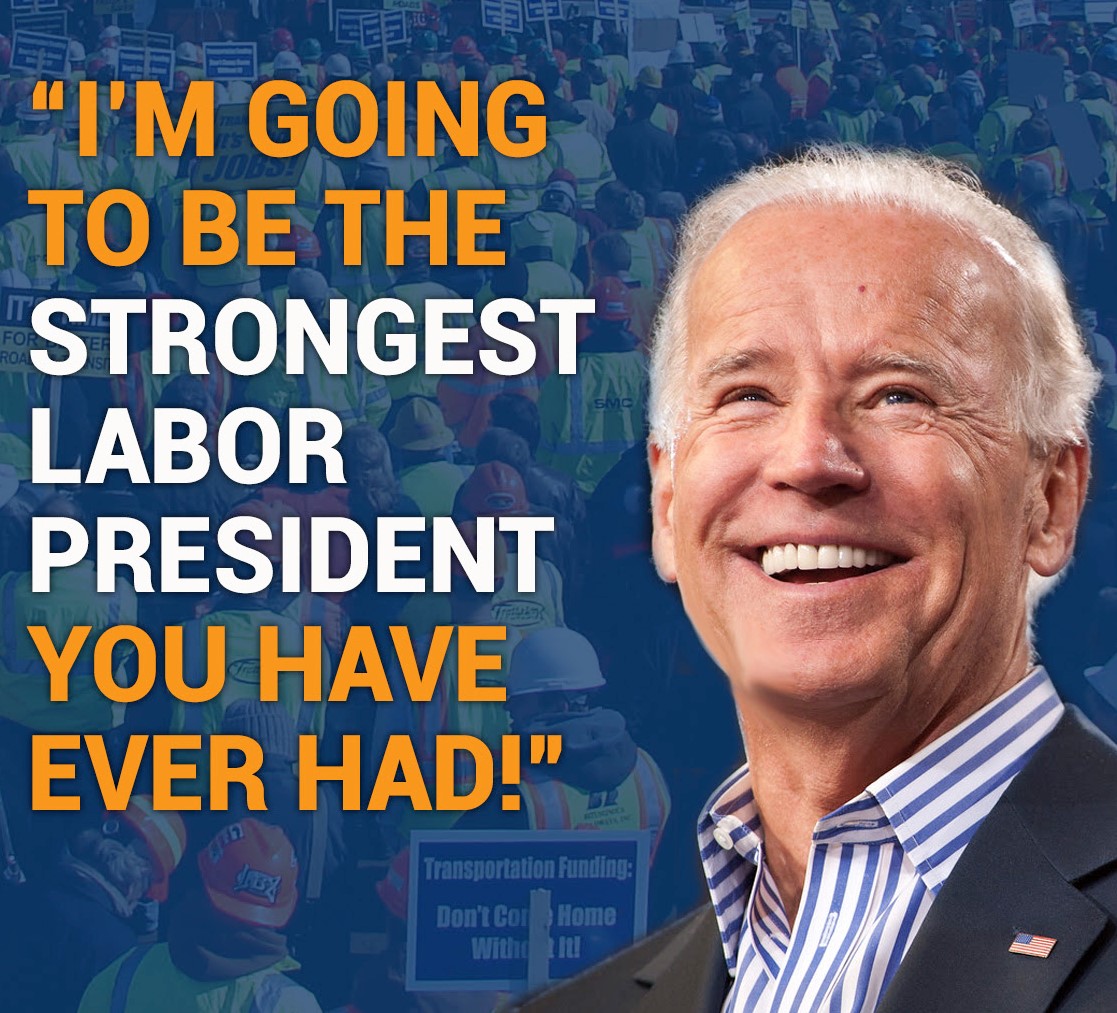 (WASHINGTON, D.C.) - Federal agencies will now be required to provide Employees with comprehensive information on their Collective Bargaining Rights and choices under new policy issued by the White House this week.

“We are announcing two new administration policies that will help improve what we must do to protect Workers, but specifically to remove barriers to organizing in the Federal workplace,” said Vice President Kamala Harris in a roundtable with Federal Workers.

“One, as it relates to new hires, we have decided and are committed to making sure that they are told at the time of being hired if they are eligible to join a Union, they will be given contact information and they will be informed of their rights.  We like to believe that this happens every time, but we know it doesn’t,” she said. “As it relates to current Workers, we are going to ensure that all current Workers are reminded that they are eligible to join a Union.”

Many Unions negotiate the inclusion of Employee Labor Rights in a new Worker’s orientation period, though as National Treasury Employees Union (NTEU) President Tony Reardon told The Federal Times in September, the COVID-19 Pandemic may have interrupted normal orientation processes.

“There is no doubt that the initiatives announced today by the task force will give Employees a ‘stronger voice’ in the Federal workplace.  Increasing transparency and giving new and existing Employees more information about their Collective Bargaining Rights will improve the professional lives of hundreds of thousands of Federal Workers across the country,” Reardon said of the new policies.

In a statement, American Federation of Government Employees (AFGE) National President Everett Kelley said the organization “applaud(s) the steps that the Biden Administration is taking to roll back attacks on Labor Unions, help Federal Employees understand their Union Rights and support them in exercising those rights.”

More than half of Federal Employees are classified as Bargaining Unit Employees, meaning they are represented by a Labor Union, though that does not mean they are required to fully join the Union.

“If folks don’t know their rights, if they’re not informed of their rights, how can they fight to protect those rights?  How can we enforce those rights?” asked Vice President Harris. “Our administration has been working to help folks, in particular in the Federal Government, organize and collectively bargain.  And there are two main reasons.  We believe that a stronger workforce is the work that will happen to create actually higher productivity and lower turnover.  We also believe that this is about respecting the dignity of all work and respecting the dignity of Workers.  Second, we’re doing this because we believe and know that Workers are entitled to be paid wages commensurate with their value.”

Office of Personnel Management Director Kiran Ahuja called the right for Federal Workers to organize “sacrosanct” and added that her agency will release guidance for agencies on how to most effectively communicate Union Rights to Employees.

“All of this is just part of our larger strategy to make the federal government a model employer,” Vice President Harris said.

To Continue Reading This Labor News Report, Go To: www.federaltimes.com/management/2021/10/20/white-house-mandates-more-transparent-union-rights-for-feds/