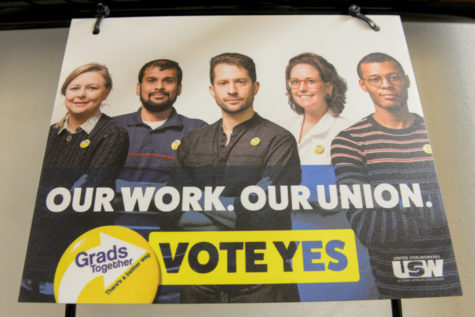 (PITTSBURGH, PENNSYLVANIA) - Researchers and Professors from across all University of Pittsburgh campuses have voted by a wide margin to form a Faculty Union, according to a copy of an election returns document The Pitt News obtained, setting the stage for changes in the relationship between Faculty and administrators.

Out of a total of 2,203 Faculty Members who voted in the election, according to the document, 1,511 voted to form the Union, while 612 voted against it.

There are 80 challenged ballots, which isn’t enough to affect the outcome of the election.

Roughly 3,000 faculty were eligible to vote in the election.

Alex Peterson, a spokesperson for the Pennsylvania Department of Labor & Industry, confirmed the vote totals earlier this week.

The Faculty Union will be affiliated with the United Steelworkers’ (USW) Academic Workers Association, which has supported the Unionization effort since 2016.

The USW has helped Faculty Unionize at other local universities, including Robert Morris and Point Park.

Marian Jarlenski - an Associate Professor of Health Policy and Management, as well as a Union Organizer, said she’s “thrilled” with the election results.

She said the large margin of victory demonstrates how much hard work the Faculty Organizing Committee put into the election.

“I’m really excited.  And I’m just so proud of our Organizing Committee and the literally thousands of Faculty who put in time and effort to make this happen,” Jarlenski said. “I’m really confident it’s going to improve our University.”

Moving forward, Jarlenski said the Union will elect a “representative and inclusive” Bargaining Committee to identify issues on which to negotiate with the University.

She said Union Representatives will also speak with colleagues who voted against forming a Union to hear their concerns and if they might have changed their minds about Unionization.

Faculty Union Organizers ran on a number of issues, ranging from health benefits to academic freedom.  Some of the campaign’s highest priorities included improving pay, job security and transparency between the administration and Faculty.

The COVID-19 Pandemic also brought greater attention to these and other issues.

Some Faculty have questioned Pitt’s commitment to shared governance and expressed concern for their safety with the return to in-person learning.

Pitt also froze salaries in 2020 and included a 1.25% progressive pay raise in this year’s budget, a change that some Faculty said was not enough.

Melinda Ciccocioppo, a Psychology Lecturer and Union Organizer, said she’s “excited” to form a Union and “grateful” for support from the Organizing Committee’s allies.