âA Tip Of The Hatâ To Ove Overmyer â After A 24-Year Affiliation With The Civil Service Employees Association, Western New York Communications Specialist To Retire

Overmyer is an award-winning Photojournalist and Writer who has promoted the virtue of Working People and the value of public service throughout his career.

Before joining the CSEA Communications Department staff in 2015, Overmyer was a CSEA Member employed by the City of Rochester and an officer of the Union for more than 18 years. 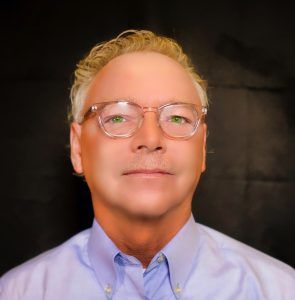 During his time as a Member Activist and Union Leader, he was responsible for negotiating several Collective Bargaining Agreements with the City of Rochester, effectively lobbied Federal, State and Local Lawmakers to create better economic and social justice outcomes for Working People, and authored more than a dozen resolutions passed by the CSEA Statewide Delegate Body.

Over the past two decades, Overmyer was a fixture at Western New York Union and political events, documenting and defining news of the day.

He was a leading voice that helped solidify the important role of creating positive Union and government relations.

“Ove has been a shining example of Union Activism throughout his career and always worked hard to ensure the voices of Working People and underserved communities were amplified and heard,” CSEA Communications Director Mark Kotzin said.

“His skills with words and photos have been so vital in helping our Union deliver our messages and we wish him the best in his future endeavors,” Kotzin said.

CSEA - one of the largest and most influential Unions in New York and the United States, represents more than 275,000 Members who work for state and local governments, school districts, library systems, child care and in the private sector.

To Directly Access This Labor News Report, Go To: https://cseany.org/workforce/?p=10392&fbclid=IwAR3nqLQLK3bB81k9tOXkIfMaQKlDO3XoaLyRxmQwzZ6wcoXbkuuVzjrxk-I