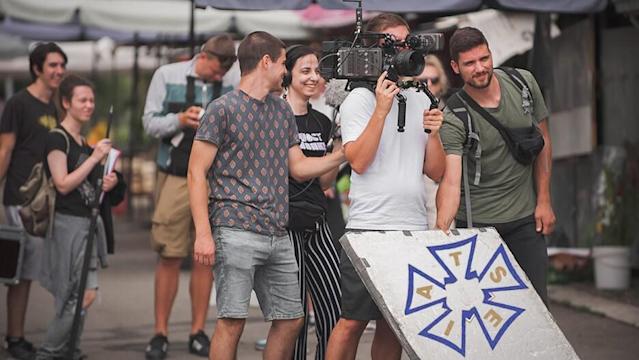 (HOLLYWOOD, CALIFORNIA) - The new deal that the International Alliance of Theatrical Stage Employees (IATSE) negotiated with Film and TV Producers includes a 62% pay increase for the lowest paid Members of the below-the-line Hollywood Workers’ Union.

The lowest hourly wages for Writer Assistants, Script Coordinators, Assistant Production Coordinators and Art Department Coordinators - many of them Members of IATSE Local 871 - will increase from $16 per hour to $26 per hour over the next three years, an IATSE Representative told The Wrap.

That will push their pay above the $19.35 hourly wage that MIT’s living wage site calculates as the living wage for a single resident in Los Angeles - without children.

Living wages were one of the core goals for IATSE heading into talks with the Alliance of Motion Picture and Television Producers (AMPTP).

Early on in the organizing efforts, Local 871 was one of the most vocal divisions of the Union in demanding serious change in Hollywood compensation structures.

To Continue Reading This Labor News Report, Go To: www.thewrap.com/iatse-deal-living-wage-hollywood/?utm_source=newsletter&fbclid=IwAR0CZbBCTEqT7HlcfkEUJBs8cRKAhln3SN_TBk0mrPDtNU5ZJAlp7_vvSCs