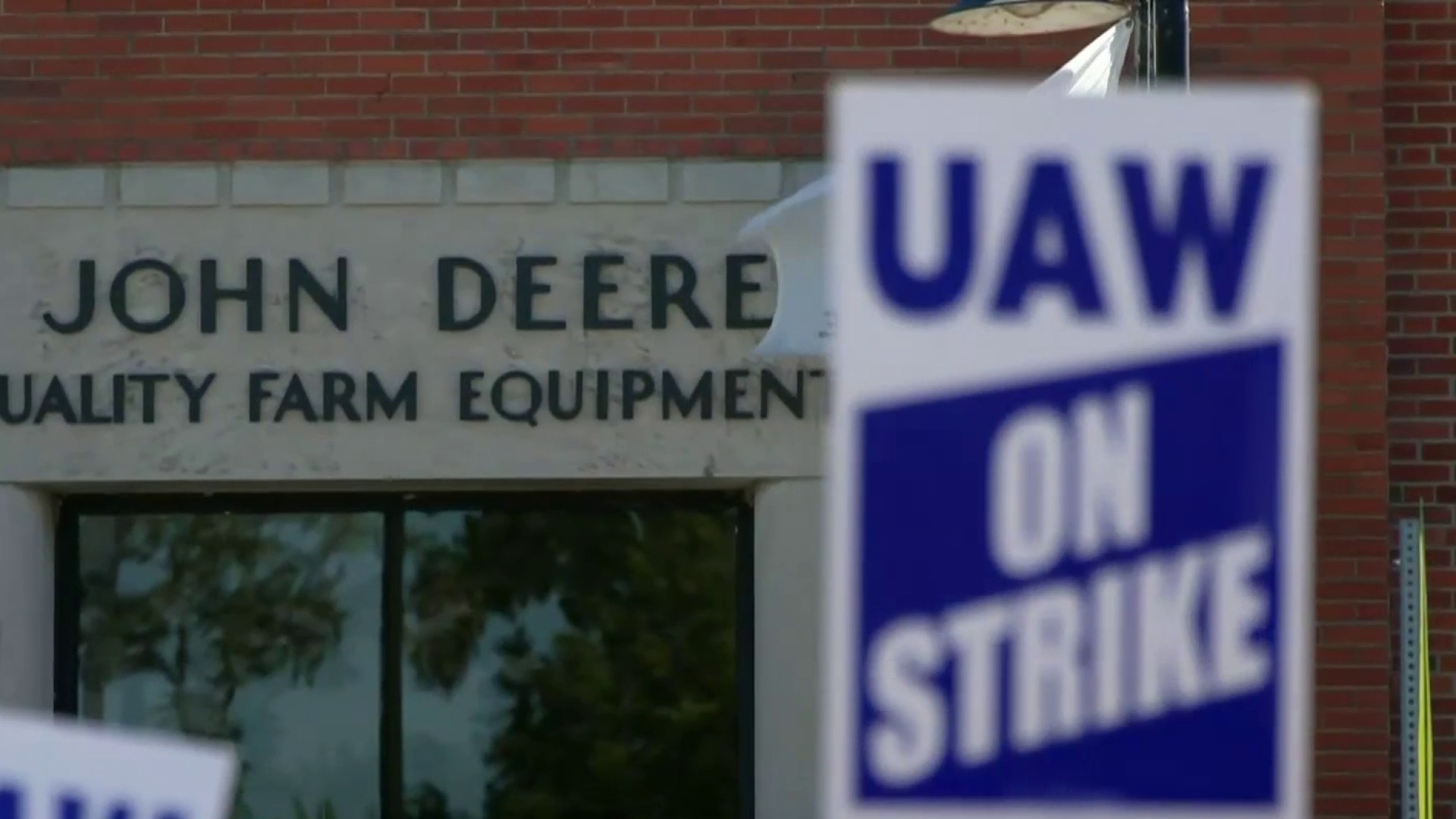 With companies nationwide struggling to fill jobs and grappling with supply chain tie-ups, Union Officials say they are seizing the moment to regain benefits they lost in the late 1990s, when an era of assembly-line layoffs and outsourcing diminished Unions’ leverage.

“The cards are in our favor right now … it’s never been lined up this well for us,” said Chris Laurson, a long-time Worker at the John Deere plant in Ottumwa, Iowa.

Laurson pointed to the company’s record profits, as well as the huge pay raise awarded Chief Executive John May: “The labor shortage is in our favor too.  Deere can’t hire enough people with the package they’re offering right now.”

The Strike includes more than 10,000 Workers at 14 Deere plants, including seven in Iowa, four in Illinois and one each in Kansas, Colorado and Georgia.

The company has activated a continuity plan that will bring in Non-Union employees to keep operations running.

Thousands have gone on Strike at food plants operated by Kellogg’s, Nabisco and Frito-Lay over work hours, pay and benefits.

Earlier this week, more than 24,000 Kaiser Permanente Workers authorized a Strike over a new two-tiered pay and benefits system opposed by the Union.

And Hollywood Production Workers announced plans to Strike earlier this week too, in pursuit of improved pay and working conditions.

All of them are asking for a larger share of Coronavirus Pandemic-era profits, as many of these companies have seen their fortunes surge over the past year.

UAW Member Laurson said the Strike is really about winning back benefits that Workers lost long ago.

The company currently operates under a two-tiered system with smaller pensions than Workers enjoyed in the 90s, he said.

“Fast forward nineteen years, after many concessionary contracts, here we are with a Membership that’s better-informed,” Laurson said.

To Continue Reading This Labor News Story, Go To: www.washingtonpost.com/business/2021/10/14/john-deere-workers-strike/

WNYLaborToday.com Editor's Note: The Photo That Appears With This Labor News Report Is Courtesy Of NBC News.