âWake Up And Smell The Union-Busting!â - Starbucks Temporarily Closes Two Stores In Buffalo Where Their Employees Are Trying to Unionize 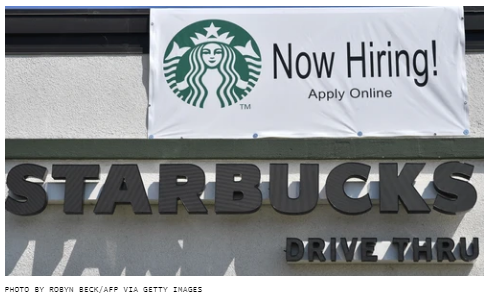 (BUFFALO, NEW YORK) - Starbucks has temporarily closed two stores involved in a Union Drive in Buffalo that are leading what could soon become the first campaign to successfully Unionize the Coffee Shop Giant.

The company said that the two temporary store closures in Buffalo have nothing to do with the Union Drive - one is for a remodel and the other is for training new hires, but shutting down locations and separating and fracturing workforces in the middle of a Union Drive is a standard practice used by anti-Union employers to stamp out Organizing Drives.

Starbucks is working with Littler Mendelson, the largest anti-Union Law Firm in the country, on the Union Drive, and has flown in executives from around the country - including Rossann Williams, the President of Starbucks North America, to hold a series of weekly Anti-Union meetings at each of its stores in the Buffalo region.

"The timing (of the closures) is suspicious," said Jaz Brisack, a Barista from one of the five Buffalo stores that has filed for a Union Election and is now closed for the remodel.

Brisack's store is expected to reopen within a week.

Two out of the five locations have withdrawn their petitions to Unionize in order to speed up the election process for the other three stores.

"We were supposed to get a refurbishment earlier this year, but it's happening now," Brisack said. "As soon as we petitioned for a Union Election, they said (the remodel) ‘is definitely happening.'  Their goal is to separate and disconnect us."

"It’s disruption," Richard Bensinger, a former AFL-CIO Organizing Director who is working on the campaign said. "No one is against the company remodeling their stores, but why now?"

The National Labor Relations Board (NLRB) is in the process of determining a date for the election and deciding how many Workers should be eligible to vote and join the Union.

Starbucks has stated that all 450 Workers in the Buffalo region should be eligible to vote.

The second Unionizing Starbucks store in Buffalo has been closed for weeks and will remain closed indefinitely - used as a site to train new hires, under a program Starbucks relaunched in May, as cities got rid of COVID restrictions, to respond to labor shortages.

Starbucks has closed stores in California and Indiana for training purposes.

To Read This Labor News Report In Its Entirety, Go To: www.vice.com/en/article/akg5ja/starbucks-temporarily-closes-two-stores-that-are-trying-to-unionize?fbclid=IwAR2QOYgSCOGGA6fU8wLMz7m3kZQpMYqC3bK0cznCDywDzBBXuTjit5eI4Uk