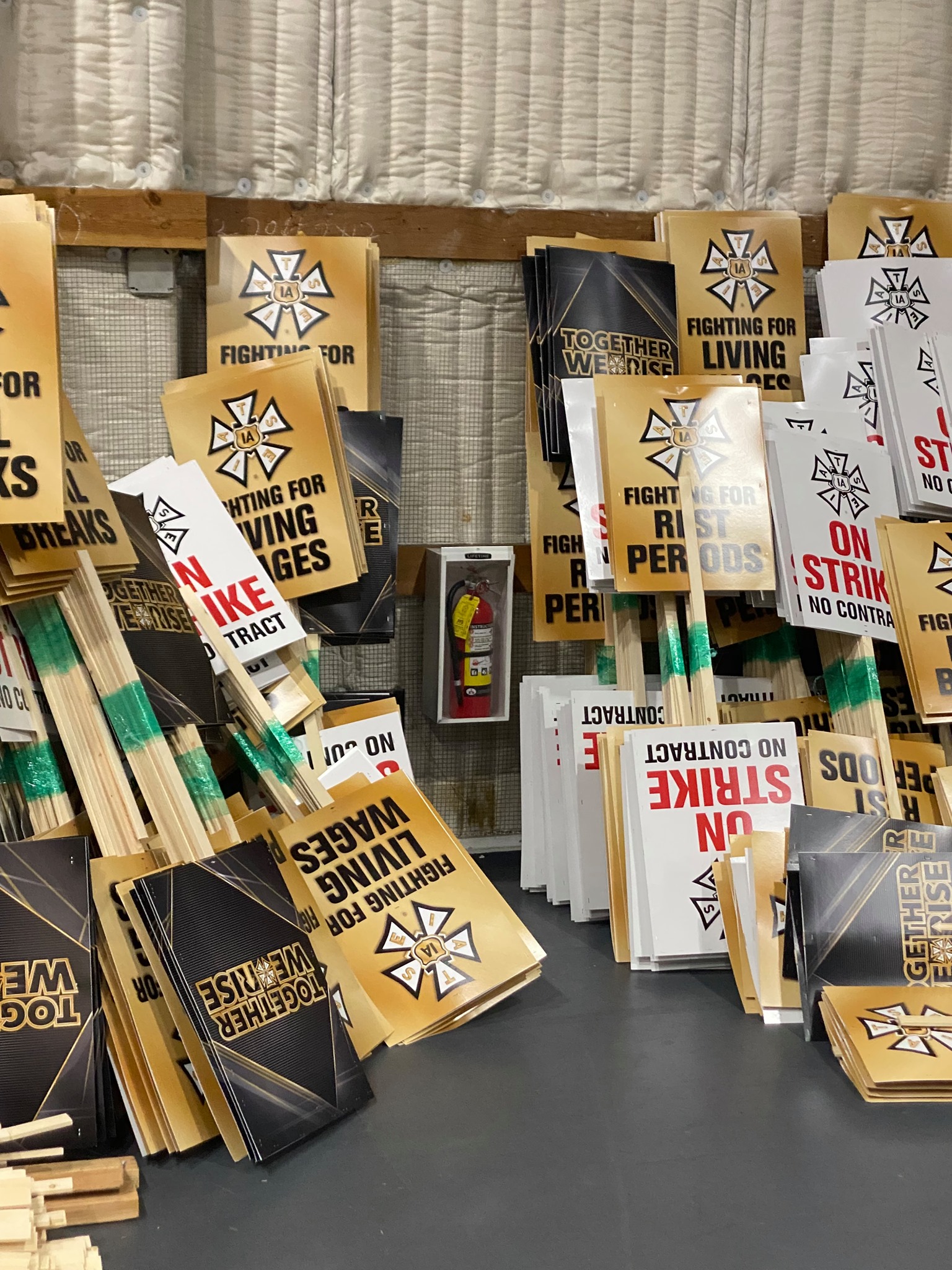 (HOLLYWOOD, CALIFORNIA) - One of Hollywood’s most powerful Unions has set an October 18th Strike date, threatening a nationwide shutdown of film and TV production in a fight with studios over work conditions and pay.

Workers will walk out at 12:01 a.m. (Pacific Coast time) on that date unless a deal is reached, said the International Alliance of Theatrical Stage Employees (IATSE), which represents thousands of Art Directors, Camera Operators and Editors.

A strike would cripple the film and TV industry while it’s still struggling to rebound from COVID-related shutdowns and health restrictions over the past year and a half.

Both Netflix Incorporated and Walt Disney Company have blamed weaker-than-expected growth in on-line subscriptions to the challenges of getting new programming.

Talks will continue this week, the Union said.

“However, the pace of bargaining doesn’t reflect any sense of urgency,” IATSE President Matthew Loeb said in a statement. “Without an end date, we could keep talking forever.  Our Members deserve to have their basic needs addressed, now.”

IATSE has never gone on Strike in its 128 years, but many Workers, who are seeking shorter hours in a new contract, have faced grueling production schedules amid the post-shutdown reopenings.

A key issue for the Union: rest and meal breaks, and higher wages for the lowest-paid Workers (some have earned about $15 an hour).

Members are also seeking to bring compensation negotiated with streaming services in line with pay offered by traditional media companies.

The Union has been negotiating with the Alliance of Motion Picture and Television Producers (AMPTP), which represents major studios including Netflix, Disney and Amazon.com Inc.

“There are five whole days left to reach a deal,” the AMPTP said in an e-mailed statement. “The studios will continue to negotiate in good faith in an effort to reach an agreement for a new contract that will keep the industry working.”

There are about 60,000 IATSE Members, mostly based in Los Angeles, who fill many behind-the-scenes roles.

Three of the Union’s Chapters are national in scope, so a Strike would stop work across the country, potentially affecting almost one million jobs directly tied to television and film production.

National AFL-CIO President Liz Shuler, who U.S. Labor Federation’s Member Unions include IATSE, said: “This will be one of the largest work stoppages that most of the country will take notice on.  These people are working overtime, they’re answering the call, and yet the companies now who are making some pretty tidy profits suddenly can’t pay overtime and suddenly you can’t have a meal break.”

A crippling Writers strike 13 years ago dragged on for 100 days and cost the industry $2 billion, according to the Milken Institute.

It was felt beyond Hollywood by a range of businesses, from restaurants to tailors, that rely on production for business.

To Directly Access This Labor News Story, Go To: www.bloomberg.com/news/articles/2021-10-13/hollywood-union-sets-oct-18-strike-date-pressuring-studios?fbclid=IwAR38lXaeWwiZ8tXuzpBBU22w-nD_sWPcaM4UiZ6LcZKsh1c8GQIdCK-jYs4