Spotlight On Local Union Members Running For Public Office: The CSEAâs Ed Hughes Decides At The Age Of 58 âTo Make A First Time Run,â Seeks To Become The Town Of Hamburgâs Next Highway Department Superintendent 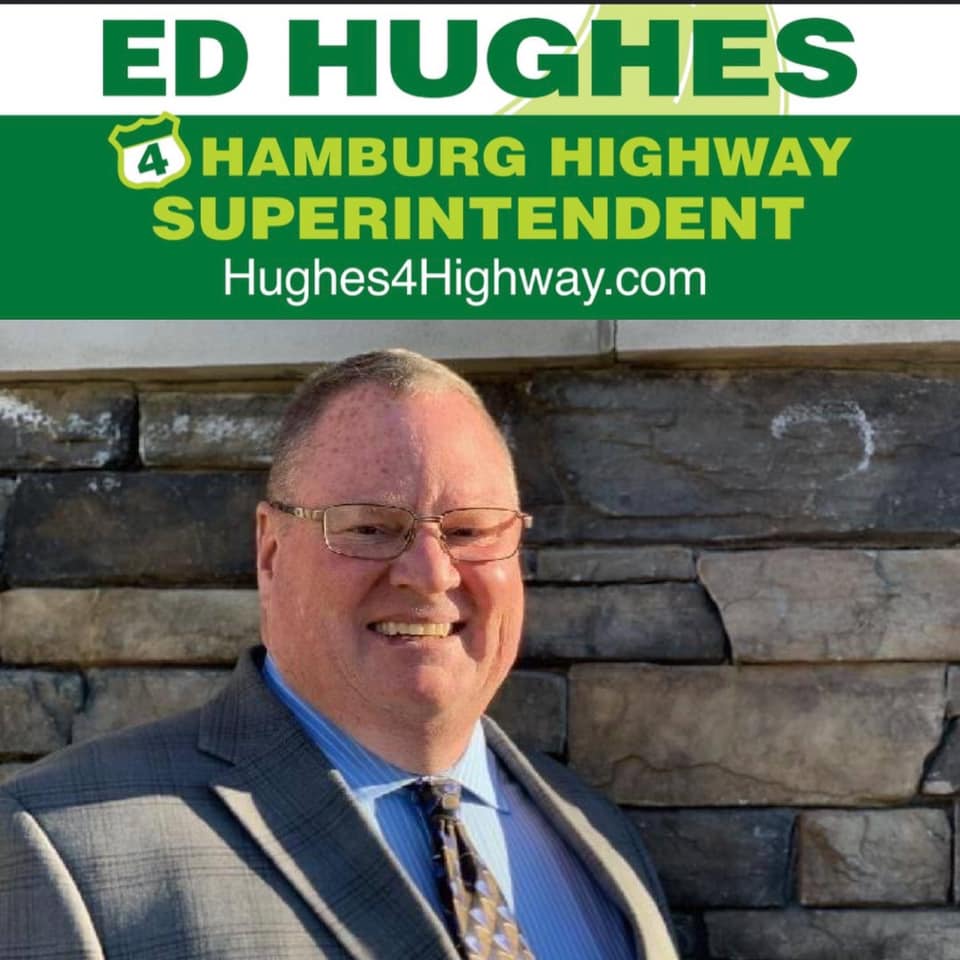 (HAMBURG, NEW YORK) - At the age of 58, Ed Hughes decided it was a good time to run for public office - becoming yet another local Union Member who’s made a decision to make a difference, running for Superintendent of the Town of Hamburg’s Highway Department.

Making his first run for any publicly-elected position, Hughes is a 27-year Member of the Civil Service Employees Association (CSEA) who’s worked as a Laborer in Hamburg’s Highway Department for the same amount of time, where he’s performed all kinds of jobs - from drainage work to mowing.

“I ‘hope more’ Union Members ‘make the decision to run’ (for public office).  ‘I could retire if I wanted to, but I thought it was time’ (to run for public office).  I’ve been a Union Employee my ‘entire’ professional career.  My Union ‘has provided me with safe’ work environments, health benefits, ‘a generous’ retirement plan and a salary ‘that allowed me to provide the American Dream for my family,’” Hughes said. 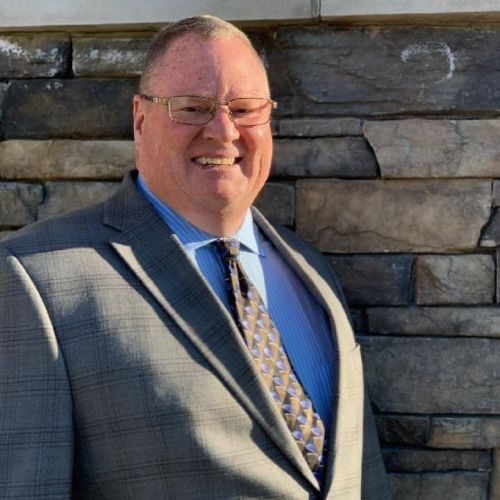 So, why did he make the decision to run?

“I ‘didn’t like the way my department was being run.’  ‘Too much chaos.’  ‘Too many grievances, people getting fired,’” Hughes said. “My experience as a Laborer and Union Vice President with the highway department ‘groomed me to lead my fellow Union Members’ while managing budgets, guidelines and initiatives set forth by my community and Town Board Members.  ‘I have the necessary experience and qualifications to restore faith and transparency to this department.’”

A Member of CSEA Local 815, Hughes served as his Unit’s Vice President for eight years in the late 2000s, valuable experience he’s now using in his run for the Department’s Superintendent position: “I’ve learned how to be ‘mid-management’ by being a Foreman on the job.   ‘I have the drive to get the job done.’  The guys (CSEA-represented Department Workers) ‘respect me because I’ve helped them so much.’  ‘So, I’m in a unique position because I’ve seen both sides.’  ‘I’ve lived it.’  ‘I want to make sure the jobs get done.’”

Serving as a part-time Blasdell Police Officer for 21 years, and also with the Big Tree Fire Department for many years, Hughes was also once employed as a Phlebotomist at Buffalo General Hospital, where he was a Member of Communications Workers of America (CWA) Local 1168.

“For forty years I’ve served with the Big Tree Fire Department, as Chief twice and as President.  It’s a ‘volunteer’ department and ‘I’ve been able to motivate guys to come out’ (to join and serve),” he said. 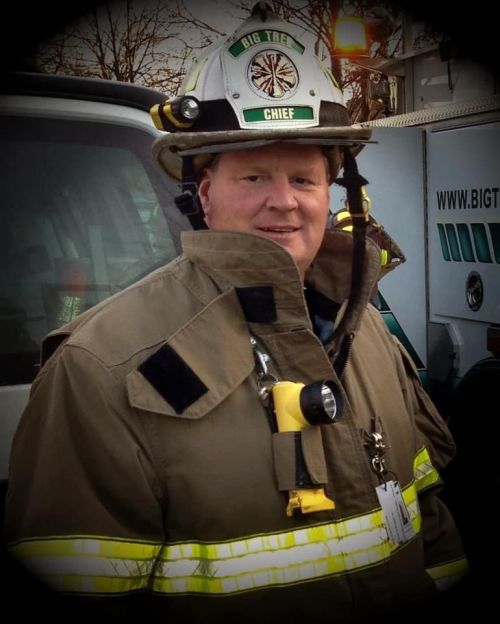 And Hughes knows the worth of Working Union: “It ‘does come up’ (his Union background as he goes door-to-door, talking to voters).  I tell them Unions ‘are the backbone of Hamburg’ and explain to them that public service ‘has always been important to me, as well as the big issues facing the department.’”

On that note, Hughes has received a multitude of Union endorsements, ranging from the CSEA and CWA to the Western New York AFL-CIO Area Labor Federation, the United Auto Workers (UAW) and the Buffalo Building & Construction Trades, as well as many of that Labor Organization’s individual Member Locals. 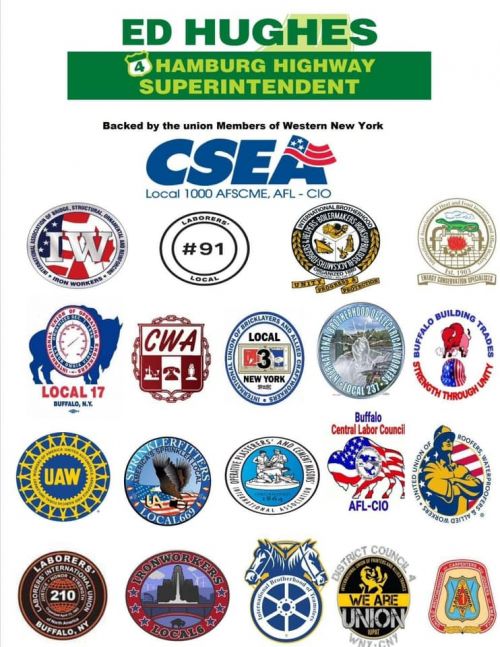 Said Hughes: “While I’ve been ‘incredibly honored’ to receive the endorsements of so many area Labor Unions, Councils and Federations, this Labor Union endorsement (from the CSEA) ‘is the most special to me for a couple of reasons.’  The first being that I’ve been a Member of the CSEA for the entire twenty-seven years that I’ve worked for the Town of Hamburg Highway Department, and I previously served as a Union Officer within CSEA.  The second, ‘and probably most important reason,’ is that CSEA’s endorsement ‘signifies the confidence that the CSEA-represented Workers in the Town of Hamburg have in my ability to lead the Hamburg Highway Department.’  My approach to leadership ‘is firmly rooted in the belief that people are most productive when they feel respected and appreciated’ and that ‘reigniting the talent and dedication that lies within the Town’s Workforce represents some of the greatest opportunity for making our Town an even better place to live.’  ‘I’m incredibly humbled by CSEA’s endorsement and I’m fully committed to living up to the vote of confidence that this endorsement represents.’”

Dismissing any notion that her Union endorsed Hughes just because he was a long-time CSEA Member, Local 815 President Denise Szymura told WNYLaborToday.com: “We endorsed (Hughes) because ‘he was the best candidate for the job.’”

“(Hughes) ‘understands the workings’ of the highway department’ because he has hands-on experience working there.’  When he’s elected, (CSEA) ‘does not expect him to do everything we want him to do.’  ‘We know that we - at the least, have a seat at the table’ (in the department’s decision-making process,” she said.

Asked if Hughes is serving as a good example for other Union Members to make a decision to run for public office, Szymura answered: “He ‘would be a good (example).’  Others will look at what he has done and think to themselves: ‘You can do the same thing.’”

Hughes, a 50-year resident of Hamburg, rolled to victory in the primary over the current Highway Department Superintendent by a final tally of 70% to 30%.

Now he faces a Republican opponent who doesn’t even live in the Town of Hamburg (he resides in the nearby Town of Boston).

“I ‘want to bring integrity back to the department.’  ‘There are a lot of good Union Members working there and I don’t want their good work tarnished,’” Hughes said.

“I’ll ‘lead this department into the future by working not only with residents, but with my Employees.’  In my life I’ve ‘come across many bosses and leaders.’  ‘One thing I’ve learned along the way is that respect is earned not given.’  ‘You earn respect by working hard alongside those around you and not demanding people to do what you aren't willing to do yourself.’  I am asking for (Hamburg voters to vote for him) ‘so that I may team with all Hamburg residents to create solutions and help bring Hamburg back to the top where it should be,’” he said.