âWeâre Not Asking For Them To Make Us Millionaires, But You Know, To Treat Us Like We Deserve To Be Treatedâ - 1199 SEIU-Represented Health Care Workers At Ithaca Nursing Home âTake Issue With Unfairâ Contract Offer 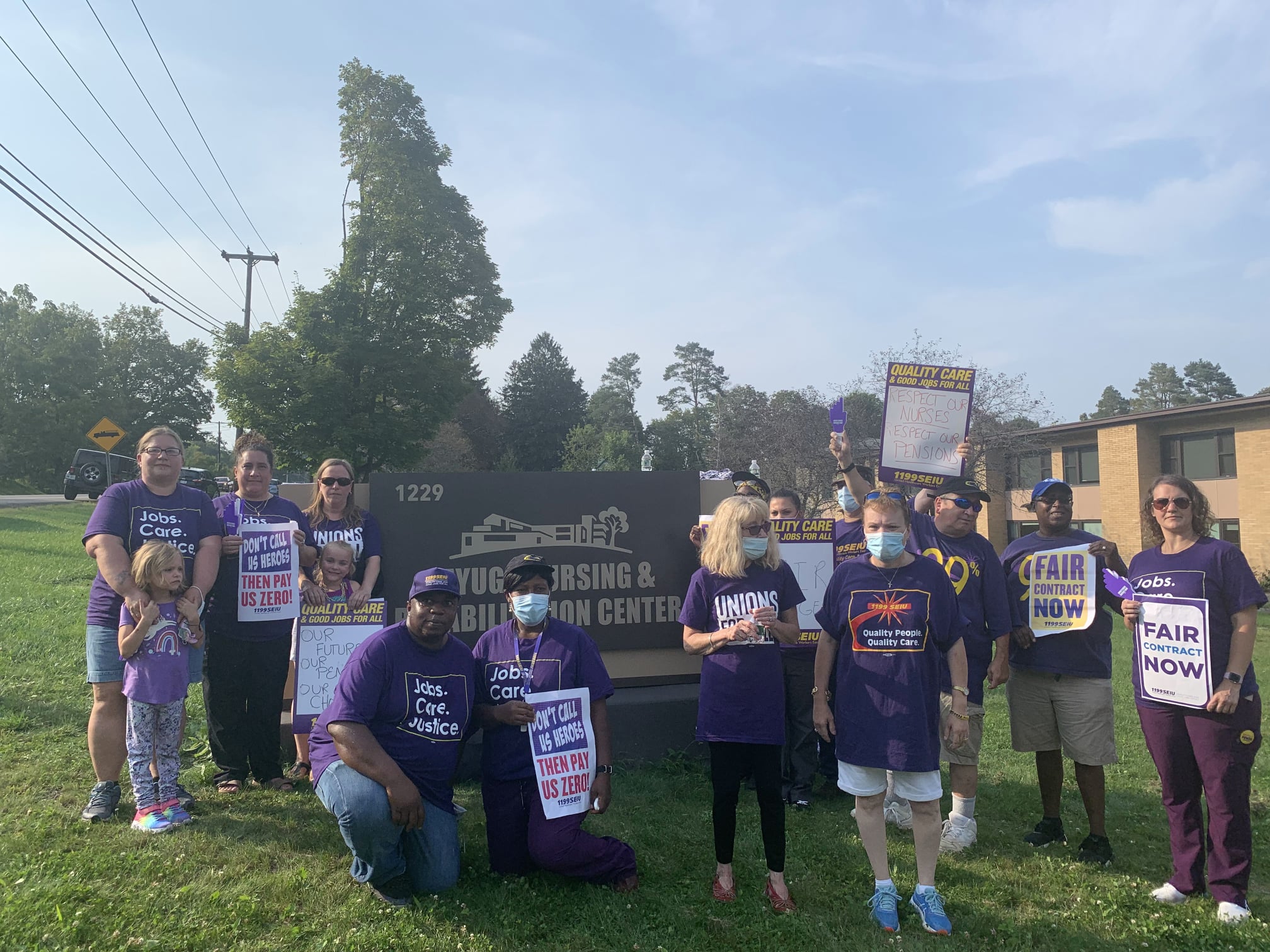 (ITHACA, NEW YORK) – Union-represented Workers from Cayuga Nursing and Rehabilitation Center recently gathered in front of the nursing home in Ithaca to rally against what they called an unfair contract.  The Workers, represented by 1199 SEIU (Service Employees International Union) United Healthcare Workers East, said the contract the nursing home has offered includes cuts to their health insurance benefits, overtime, and pensions.

Union Organizer Emmanuel White said the Cayuga Health Care Workers have been short-staffed and without a contract since May.

“Our very important Caregivers, our Essential Caregivers, you called them ‘heroes’ a year ago,” said White. “And now you’re expecting them to take cuts to their vital benefits.”

Darrell Pokorney, a Licensed Practical Nurse (LPN), said the nursing home is probably operating at 25% to 30% of its overall staff at this point.

“It’s really hard for these people to make the decision to come back here and help the elderly when they’re providing for their families and can go elsewhere,” said Pokorney, who’s worked at Cayuga on-and-off for 20 years.

Nicole Murray, a Certified Nursing Assistant (CNA), has been at the facility for 24 years.

Murray said the nursing home lost Staff during the pandemic, but she and others stayed because of the residents.

She said the Workers are asking for a fair contract.

“You know, we’re not asking for them to make us millionaires,” said Murray. “But you know, to treat us like we deserve to be treated.”

The Workers have said they will not make concessions on the contract, which management seeks.

The two sides were attempting to get back to bargaining late last week.

To Directly Access This Labor News Story, Go To: https://wskg.org/news/healthcare-workers-at-ithaca-nursing-home-rally-over-contract/