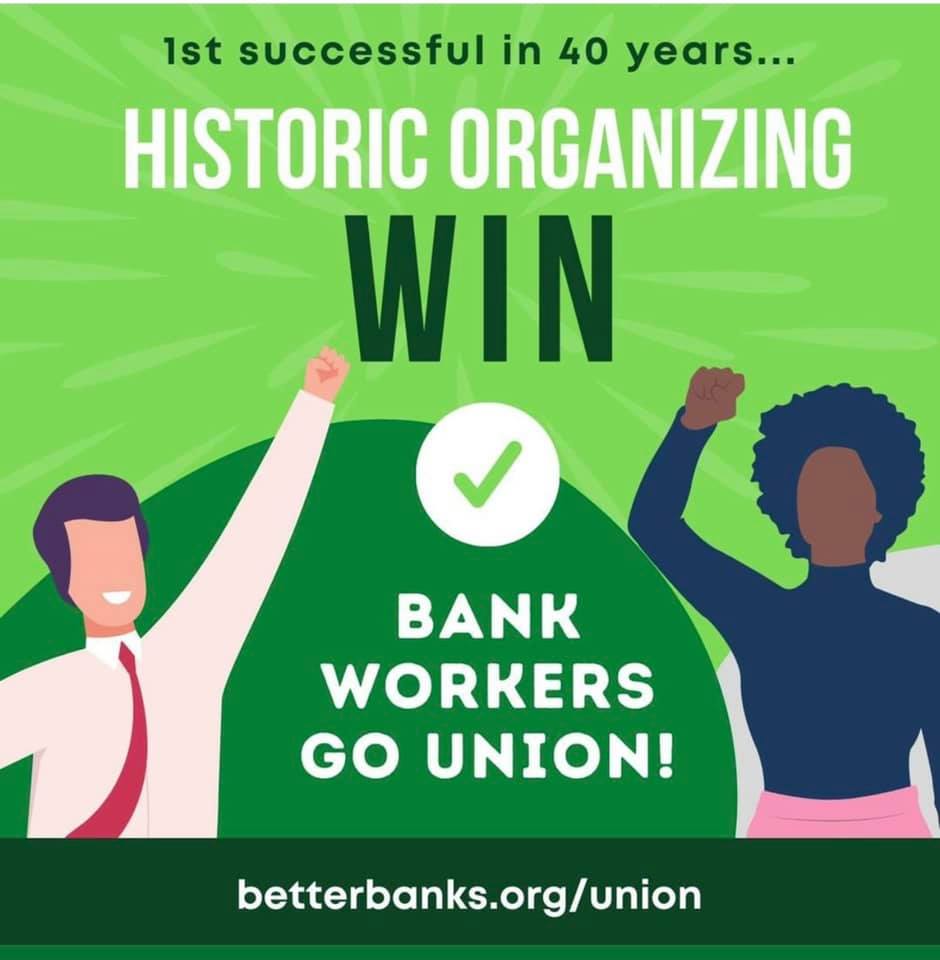 The agreement with Local 7901 and Local 9412 of Communications Workers of America (CWA)âcovers about 96 Workers at 13 branches in the states of Oregon, California and Washington, including Bankers, Consumer Loan Servicing Representatives, Loan Processors, Underwriters, File Clerks and Custodial Staff.

Ratified by Workers on Sunday, September 26th, the agreement sets a minimum hourly wage that starts at $20.50 and reaches $22.25 in 2023, with even higher minimums in high-cost areas like Oakland, where the wage will be $28.60.

Under the contract, Workers will get a $1,000 ratification bonus, at least two weeks paid vacation a year, and up to 12 days Paid Sick Leave annually.

The agreement also increases a 401(k) match to 5% of salary (up from 4%), and adds a “just cause”âstandard for discipline, and A Grievance Process Workers can use to contest wrongful discipline.

Mendoza said the way the bank took part in the negotiations proved that its statements about support for Workers were real, not just surface-level branding.

CWA believes it’s the first group of Bank Employees to Unionize in more than 40 years.

It’s also the first Union win for the Committee for Better Banks, a campaign to improve working conditions in the banking industry, sponsored by CWA and other Workers’ Rights Groups.

Beneficial State Bank was co-founded by billionaire Tom Steyer and his wife, Kat Taylor, in 2007 as a bank focused on community development.