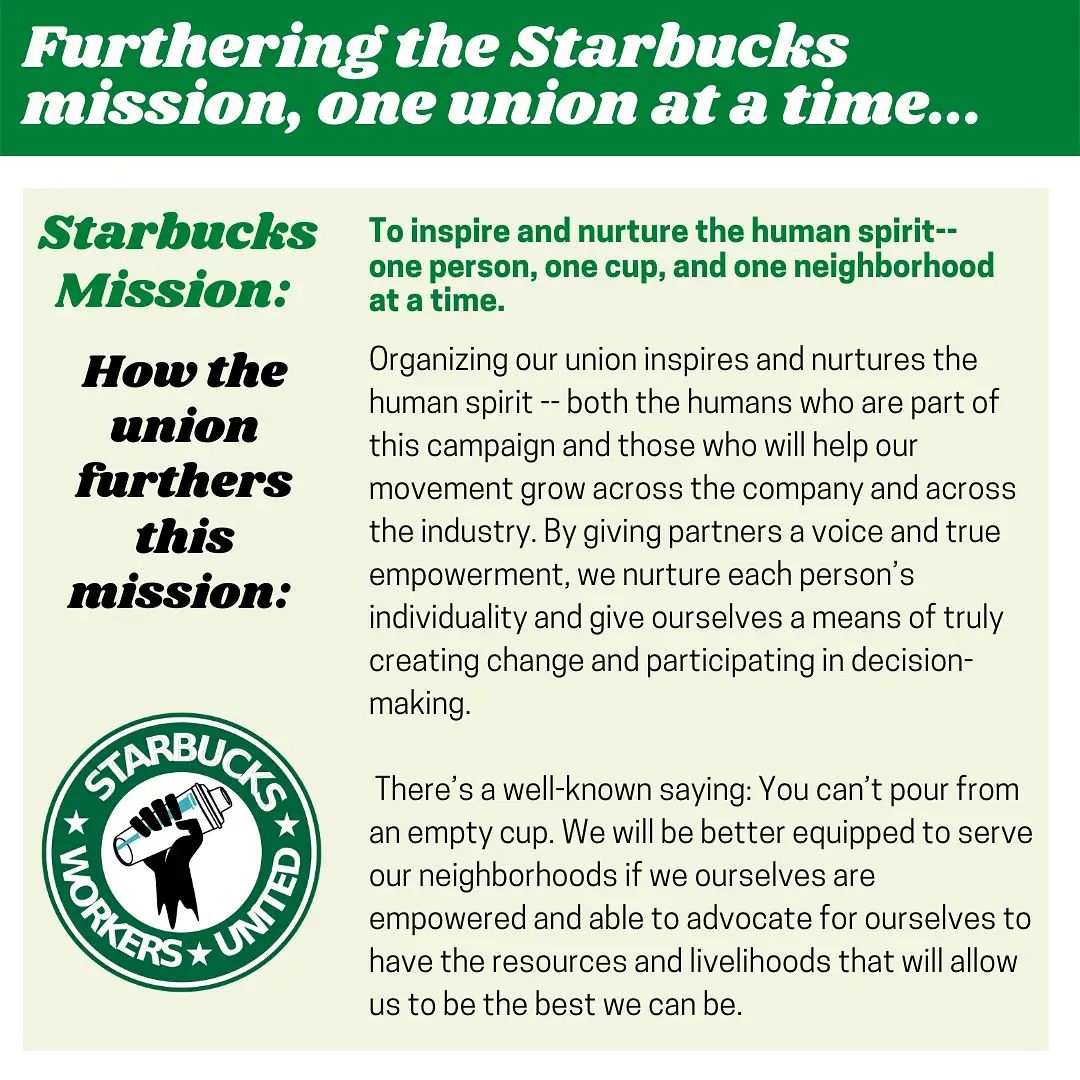 The food-and-beverage industry has one of the lowest Unionization rates in the U.S. - 3.4% of Workers last year, compared to the overall rate of nearly 10.8%, but Workers from some high-profile shops hope to narrow that gap and have tried to organize at San Francisco’s Anchor Brewing, Voodoo Doughnut in Portland, Oregon and, most recently, a group of Starbucks Workers in Buffalo, New York.

While it may seem like a new movement, Organized Labor in the industry goes all the way back to 1891, when the first Restaurant Union - now called Unite Here - was started.

“It was a different world, especially when we got into the early twentieth-century,” said David Whitford, a Historian at Unite Here.

Back when American manufacturing was strong, so were Manufacturing Unions - and that had a trickle-down effect.

“If you owned a bar or restaurant in a little town in the Midwest where there was some kind of Union factory and you wanted the Union Workers to come patronize your establishment, then you needed to be a Union restaurant also,” Whitford said.

Communities would stage “sip-ins” at Non-Union restaurants, with Activists lingering over a single cup of coffee as an act of protest.

Unionized bars and restaurants hung signs in their windows like badges of honor and customers saw those signs as signals that the quality would be higher.

Food Service Unions were so common that Membership was portable -Workers took their benefits with them from job to job.

Employers turned to Unions for hiring, human resources issues and even scheduling when someone called in sick.

By the 1950s, nearly one-third of Private Sector Workers belonged to a Union.

But, remember how more Restaurant Workers Unionized as manufacturing grew?

The opposite was also true.

When manufacturing declined, so did restaurant Unionization.

And on the flip side, “there were also provisions in these laws that made it harder for non-factory Workers to organize, particularly small sectors where there are small employers and high turnover.”

To Continue Reading This Labor News Story In Its Entirety, Go To: www.marketplace.org/2021/09/28/unions-are-gaining-momentum-at-restaurants-theyve-been-here-before/