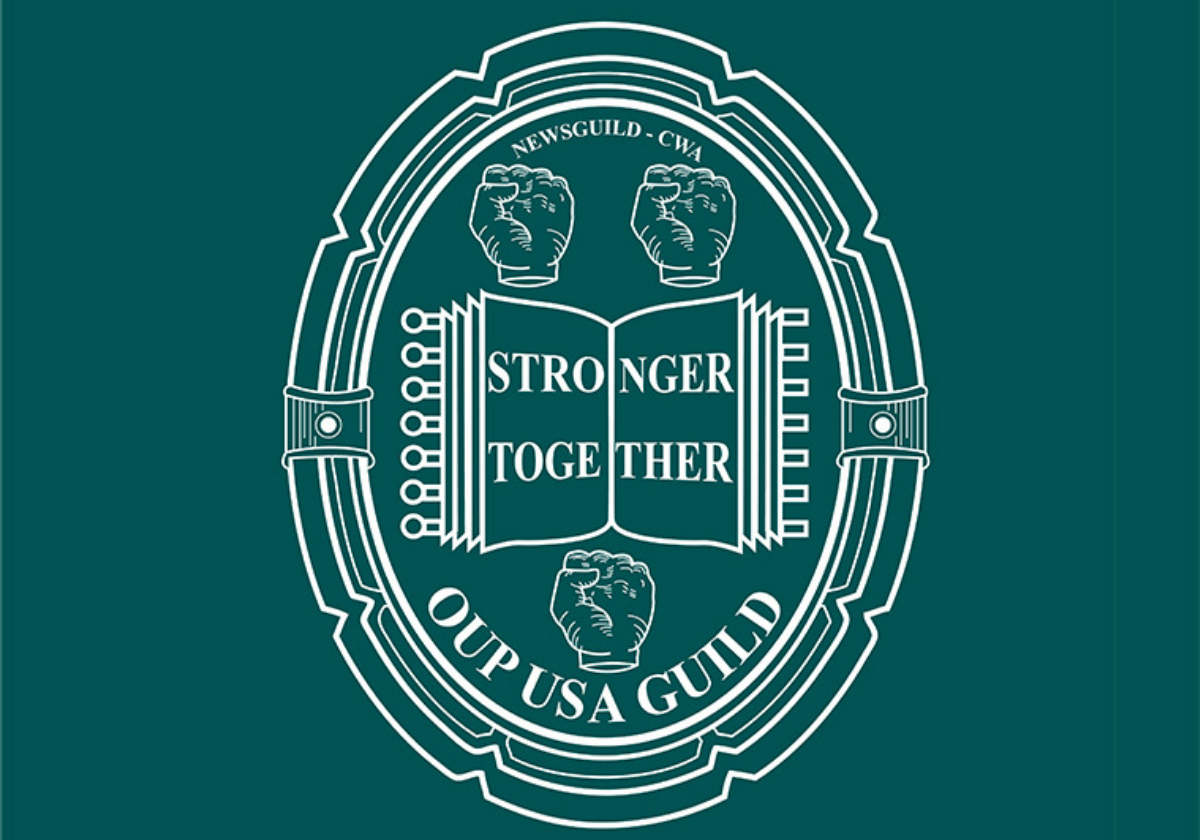 (NEW YORK CITY) - Employees at the New York Office of Oxford University Press have voted 84-to-21 in favor of forming the OUP USA Guild, becoming the first major academic publishing house to Unionize with The NewsGuild-Communications Workers of America (CWA) - and the second new to officially join the Guild.

“It’s so surreal right now,” Marketing Coordinator Amber Paez said. “I’m proud to be a part of such an important moment at OUP.  We worked together and won!  Being a part of the Union effort has connected me with so many others from OUP.  My hope is that we can use this seat at the table to use this voice for a better future.”

Assistant Editor Victoria Harris added: “The organizing effort has been such a meaningful part of my experience at OUP.  It’s connected me with my colleagues on a deeper level.  It’s helped me to identify and deal with Unfair Workplace Practices.  I’ve learned so much about the power of collective action.  We really are stronger together.  My hope is that a Union will increase the diversity of our Staff, push management to fill vacancies faster, prevent layoffs and increase pay for those of us who are represented.  While not all of this may be possible, what I know for sure is that a Union will give us a voice.  WE are OUP, and I want a better future for all of us.”

The Unit will represent approximately 150 Editors, Designers and Sales and Marketing Staff.

Before the vote on Unionization was counted, Employees who were designated as professionals voted on whether to be in a single unit with the non-professionals.

That vote was 30-to-18 in favor of forming a single unit.

OUP Employees in the United Kingdom (UK) and India were already Unionized.

OUP was formed in 1586 in the UK and is the largest university press in the world.

It has had a presence in New York City since 1896.

As such, it “stands in a privileged position to lead the industry by example, inspiring progress among its peers,” Organizers said when they announced their intention to Unionize.

Although they had the support of a super-majority, management declined to grant voluntary Union recognition and held anti-Union meetings with Workers.

Despite management’s actions, “The Guild navigated the election campaign with great enthusiasm and were witness to inspiring stories of staff standing alongside their colleagues to make OUP,” Union Members said in a statement. “The OUP USA Guild looks forward to moving forward in equal partnership with management to make Oxford University Press the premier university press for not only its authors and readership, but for its exceptional Staff as well.”

To Directly Access This Organizing Labor News Story In Its Entirety, Go To: https://newsguild.org/oxford-u-press-staffers-vote-to-become-the-first-major-publishing-house-to-join-newsguild/?link_id=28&can_id=d28a0e75022b91d73fc95bc86b686390&source=email-investors-threaten-telecom-jobs-and-pensions-and-other-news-2&email_referrer=email_1301058&email_subject=investors-threaten-telecom-jobs-and-pensions-and-other-news