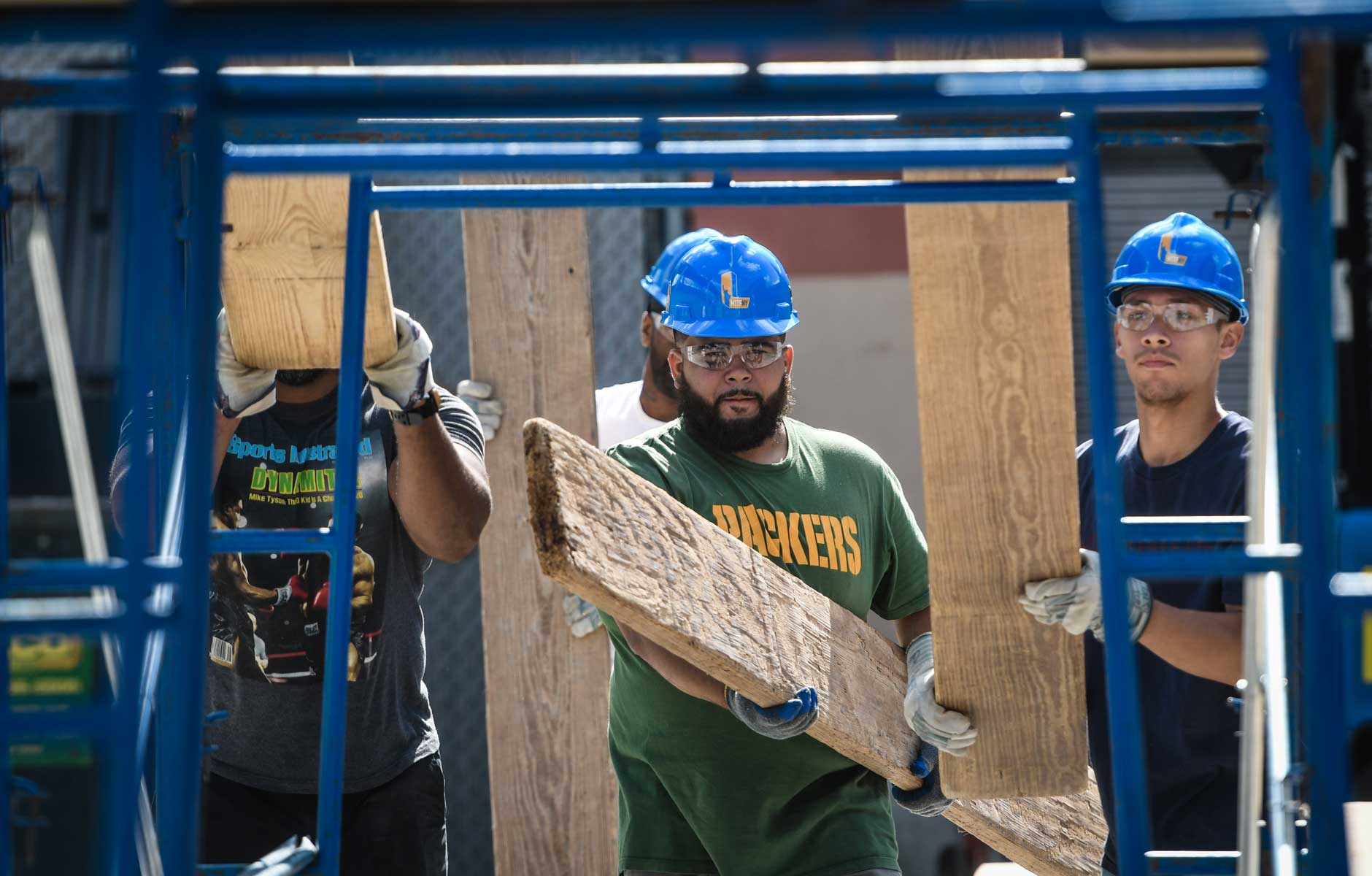 (NEW YORK CITY) - Members of Laborers Local 1010 and supporters rallied outside the gates of City Hall Thursday (September 23rd) to call on Mayor de Blasio and the City Council to pass a Bill that would increase the number of city construction contracts that must provide Apprenticeships.

A mayoral directive stipulates that a State-Certified Apprenticeship Program be used on individual construction contracts and construction-related maintenance contracts with a value of more than $3 million.

The Bill, Intro 674, would have the Mayor’s Office of Contract Services lower that threshold to $1 million.

That, Local 1010 said in a statement, would create “far more Apprenticeship opportunities” and “help ensure direct pathways to a solid career for New York City residents and improved safety and faster completion times on jobsites, thanks to trained and efficient Workers.”

“Intro 674 will be an asset to New York City’s economic recovery,” Gary LaBarbera, the President of the Building & Construction Trades Council of Greater New York, said in the same statement. “The expansion of Apprenticeship training requirements on city contracts will lift people out of poverty and give them the tools necessary to provide for themselves, their families and give back to their communities.”

“Apprenticeship changed my life - I take pride in my career and am able to provide for myself and my children in a city where it is becoming exceedingly difficult to get by,” said Local 1010 Journeyman Neville South. “I’ve learned the necessary skills to build a life-long career in the construction industry.”

The Bill was originally introduced in 2018 by Councilmember Eric A. Ulrich (Republican-Queens) and a hearing was held on it in September 2019.

It has 33 co-sponsors and Public Advocate Jumaane Williams has also signed on.

Lowering the threshold means the city would have to give Apprentices work on more road-repair and construction jobs.

“As someone that came into this industry as a Bricklaying Apprentice, I can personally attest to the value of any Apprenticeship Program to the greater community and industry,” said Vincent Wade, Minority Manager for J & D Carrying & Construction Corp., a State-Certified Minority-Business Enterprise Construction Contractor.

“I believe that creating a requirement for Apprenticeship participation, equally, for all contractors will result in a positive impact on competition and ultimately increase Labor and training opportunities for the communities that these projects serve while adding to the availability of local qualified Labor,” he said.

A contingent from the New Immigrant Community Empowerment worker center also turned out.

“The mayor must not continue to stand in the way of economic mobility for New Yorkers,” said Local 1010 Business Manager Keith Loscalzo. “This Bill must be passed and signed into law immediately.”

To Read This Labor News Story In Its Entirety, Go To: www.laborpress.org/laborers-urge-city-to-require-more-apprenticeships/