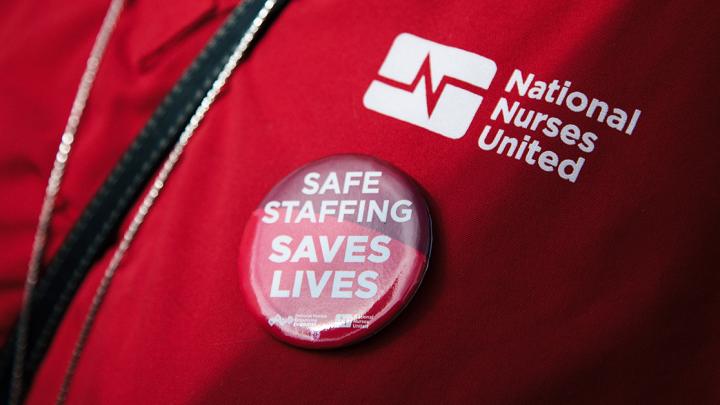 The backing of the two lawmakers is important.

Their Nursing Home Improvement and Accountability Act is also important.

While NNU, the Nation’s largest Union of Registered Nurses, has concentrated on - and often been successful at - mandating safe staffing ratios of Nurses to hospital patients in several states and many individual institutions, the new measure would extend safe staffing to nursing homes.

And they need it.

The Coronavirus Pandemic has killed 135,000-plus people in nursing homes, mostly patients, among a total U.S. death toll approaching 650,000, the two said.

And they cited a non-partisan Congressional Study showing 71% of the Nation’s 15,295 nursing homes have not been surveyed for quality and consistency of care since the plague began.

“Nursing homes have been at the epicenter of the pandemic, making an already vulnerable population even more susceptible to illness, insufficient care, and, for far too many, neglect,” Neal said in a statement as he introduced the measure. “As variants continue to devastate our seniors, the quality of care, inadequacies in staffing, and level of oversight over nursing homes must be addressed.  By making significant, but common sense improvements to Federal Nursing Home Policy, this legislation will keep residents safer and begin to restore public trust.  Patients and families deserve accountability, transparency, and continued oversight.”

“Americans deserve to know their loved ones will be safe and well-cared for while staying in long-term care homes,” added Pallone. “The pandemic was a wake-up call we must do more to protect people in nursing homes.  This legislation will increase oversight of nursing homes and provide the resources necessary to improve the quality of care across the nation.”

He didn’t say how much the raise would be.

Long-term Care Nursing Home Workers, most of them Women, of Color, Immigrants, or both, are among the most-exploited U.S. Workers.

To Continue Reading This Labor News Report, Go To: https://peoplesworld.org/article/heavyweight-lawmakers-back-safe-staffing-in-nursing-homes/