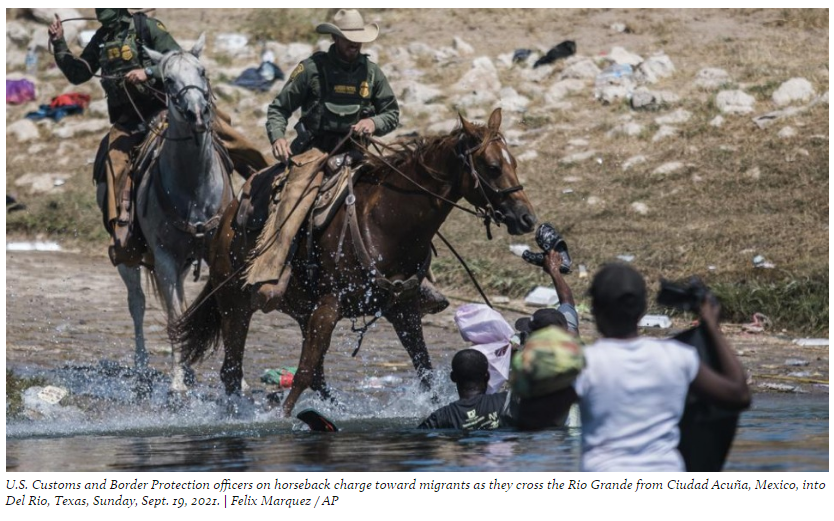 In response to the escalating humanitarian crisis for Haitians and other forced Migrants at the U.S.-Mexico Border, National AFL-CIO Secretary-Treasurer Fred Redmond has released the following statement:

Working People in the Americas face increasing levels of displacement due to extreme push factors such as political instability, natural disasters, lawlessness, violence, lack of decent work and failure to protect fundamental Human and Labor Rights.

In the face of escalating forced migration, governments in the region have two core obligations: to address the root causes driving Working Families from their homes and to provide meaningful humanitarian support to desperate people on the move.

In the face of relentless political, public health and economic crises in Haiti, government responses have been woefully inadequate on both fronts.

While countries such as the United States, Brazil and Chile have undertaken some important measures to protect Haitian Migrants, those steps have been uneven and partial.

Meanwhile, tens of thousands of displaced families face discrimination and life threatening conditions as they continue to move in search of stability and a means of survival.

And now, despite the severity of last month’s earthquake, the U.S. government has resumed large-scale deportation of Haitian Migrants back to a devastated nation many of them left more than a decade ago.

This is an outrage.

As the first country to revolt against colonialism, Haiti is well recognized for its central role in the liberation struggles in this hemisphere.

This proud history led to reprisals from the U.S. and other foreign powers that have compounded the injustices that Haitian people have had to endure and overcome.

Now is the time to write a new chapter in relations between our nations.

Trade Unions in the region remind our governments that the only way to achieve true security is through humane policies that uphold the rights and dignity of all Working People, regardless of where we were born or the color of our skin.

We call for an immediate end to the forced return of asylum seekers to harm’s way and we call for robust humanitarian aid to provide food and shelter to the Haitian people and support Union efforts to rebuild their country.

As a Labor Movement fighting for democracy, racial justice, the rule of law and Human and Trade Union Rights, our Unions will continue to push our governments to do right by the Haitian people and by all Working People in the Americas.

We will also continue to organize for mutual aid and defense, and take action to help Haitians and other forced Migrants access the support and protections they need and deserve.

To Directly Access This Labor Perspective, Go To: https://peoplesworld.org/article/organized-labor-denounces-violent-expulsion-of-haitian-migrants/