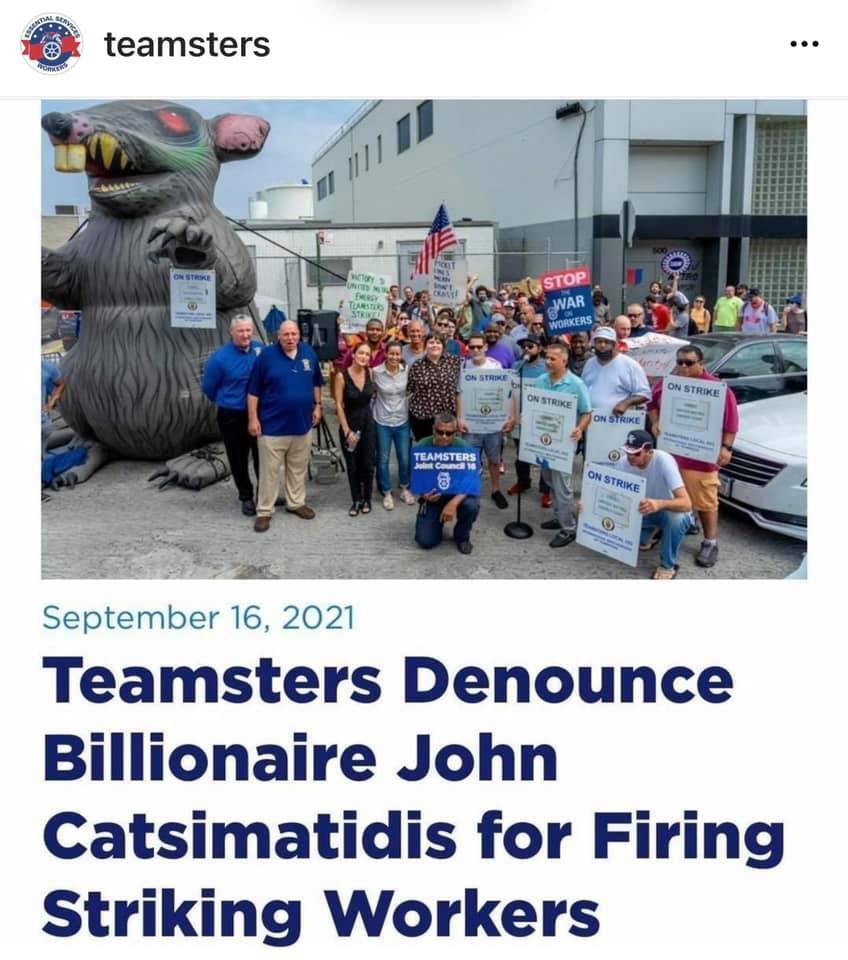 Catsimatidis has permanently replaced eight Union Activists since a Strike began at the company’s Brooklyn oil terminal in April.

The Union originally filed charges at the NLRB in May, alleging the company was targeting Union Activists for permanent replacement - and is now asking the Federal Agency to add the latest firing to its ongoing investigation.

“These Immigrant Workers went on Strike because they wanted equal pay with others in their industry and John Catsimatidis fired them in retaliation,” Teamsters Local 553 Secretary-Treasurer Demos Demopoulos said. “Catsimatidis should do what is right - rehire these workers and agree to a fair Union contract so they can provide for their families.”

“I’ve been on strike for (151) days trying to make this a job I can live on,” said James Anderson, who’s worked at United Metro Energy since 2018. “To then get a letter from my employer saying that they are permanently replacing me instead of giving me a fair wage, it breaks my heart.  But me and my Co-Workers are standing strong to get the Union contract we deserve.”

Local elected officials have supported the striking Workers and are also demanding that Catsimatidis agree to a fair contract.

“For (151) days, Essential Workers in my district have been on Strike for basic dignity on the job,” New York State Assembly Member Emily Gallagher said. “Now billionaire owner John Catsimatidis has fired yet another Worker for protected Union activity.  Greenpoint doesn't tolerate bullies.  I stand with these brave Teamsters and call on Catsimatidis to finally do the right thing - negotiate a fair contract.  It's time.”

The Essential Workers, who supplied New York with heating oil, diesel, and gasoline through the Coronavirus Pandemic, are paid as much as 50% less than Workers doing the same job at other companies, and receive inferior health and retirement benefits.

They went on Strike on April 19th after Catsimatidis refused to agree to a fair Union contract despite two years of negotiations.

To Directly Access This Labor News Report, Go To: http://teamsters.nyc/2021/09/16/teamsters-denounce-billionaire-john-catsimatidis-firing-striking-workers