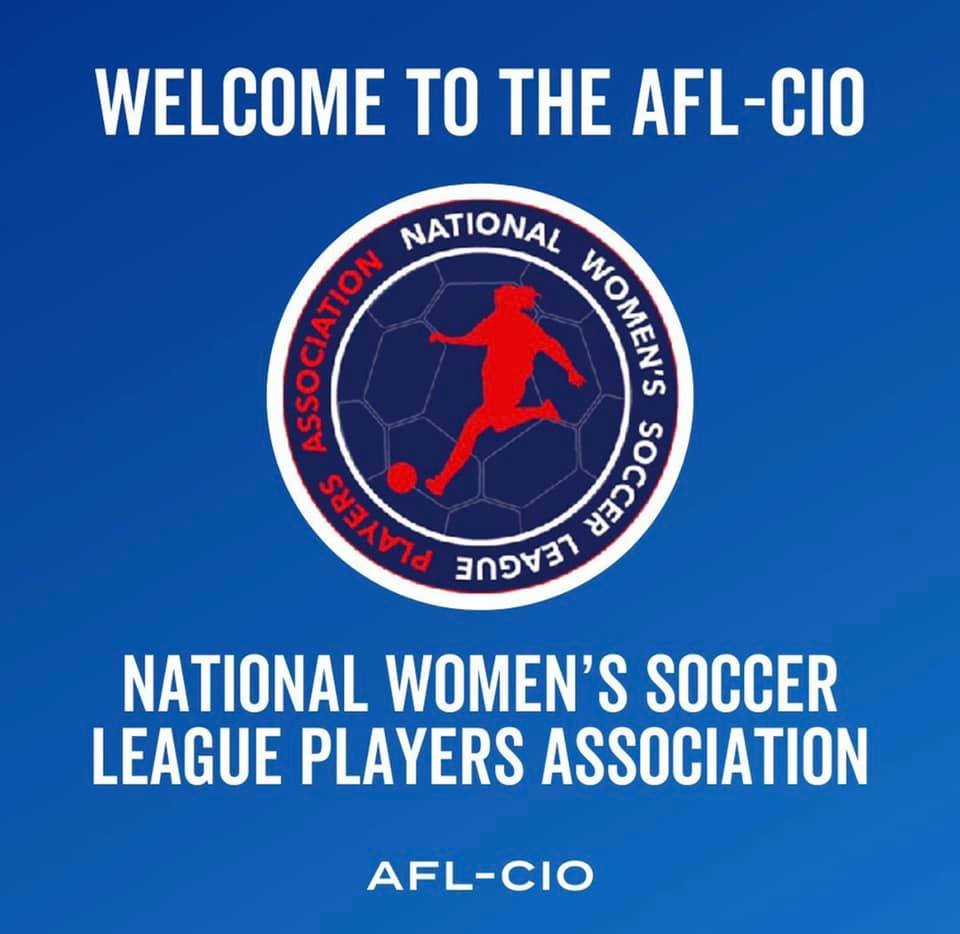 The NWSLPA represents Female Players who make up the 10 teams in the league, advocates for them as they navigate their careers, and champions the growth of the league and their game.

The NWSLPA, which represents some 200 players, is deep into its #NoMoreSideHustles campaign, calling for fair pay and bringing attention to the athletes’ experiences having to work side jobs to make ends meet.

“We are thrilled to welcome these dedicated players to the Federation,” National AFL-CIO President Liz Shuler said. “We look forward to working alongside the athletes in their fight for fair pay and dignity on the job.  They’ve shown that their fights as Workers on the soccer field are the same fights as Workers from all walks of life have in jobs across this country: the need for safe workplaces, fair pay and to be treated with respect.  We know the power of collective voice and that we win when we stand together.”

“We are honored to affiliate with the AFL-CIO.  This is truly a historic moment for the NWSL Players Association,” NWSLPA Executive Director Meghann Burke said. “As we negotiate our first contract, solidarity is our strength.  Through this affiliation, we are formally united with Workers who have come before us to demand respect and dignity in the workplace.”

The league is in its ninth season and is scheduled to add two expansion teams in 2022, which then will bring it to a total of 12 teams across the country.

NWSLPA Mission: “We, the players of the NWSL, vow to build on the opportunity that has been afforded to us, as well as work to achieve these goals that have not yet been attained.  We honor the vision and progress of those who came before us.  (We) Pledge to work with the League and Allocated Players to advance continued improvements in Women's Soccer.  Commit ourselves to doing all in our power for the betterment of our members so that we may best contribute to the common goal: a world-class product on the field, and to be role models and inspire the next generation off the field.”

To Directly Access This Labor News Report, Go To: https://aflcio.org/press/releases/afl-cio-welcomes-national-womens-soccer-league-players-association-57th-affiliate