Published Thursday, September 16, 2021
by The Associated Press Via Billboard 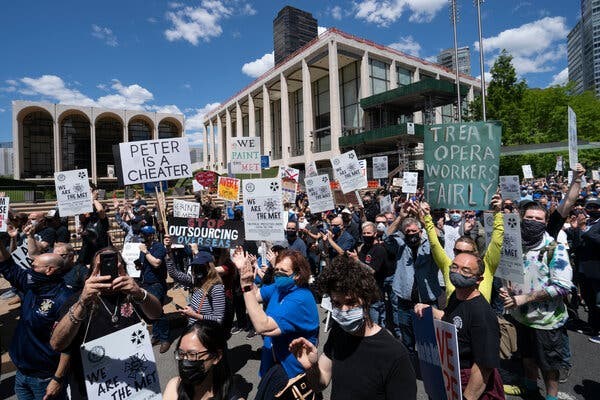 (NEW YORK CITY) - The Metropolitan Opera has reached a four-year agreement with the Union for its orchestra, the last major deal needed for the company to resume performances following an 18-month layoff caused by the Coronavirus Pandemic.

The contract with American Federation of Musicians (AFM) Local 802 was ratified on August 24th, replacing an agreement that expired on July 31st.

“The members of the Met’s great orchestra have been through Herculean challenges during the sixteen months of the shutdown, as we struggled to keep the company intact,” said Peter Gelb, the Met’s General Manager, in a statement. “Now, we look forward to rebuilding and returning to action.”

The announcement follows a four-year deal ratified last month by International Alliance of Theatrical Stage Employees (IATSE) Local One, which represents Stagehands and ended a lockout that started back on December 8th.

The Met reached a four-year agreement in May with the American Guild of Musical Artists, which represents the Chorus and Solo Artists.

The company has not performed since March 11th, 2020 because of the pandemic, canceling 276 performances - plus an international tour.

The Labor strife led to a large protest rally in May.

The Met resumed performances in its house at Lincoln Center for the Performing Arts with a Verdi requiem on September 11th to mark the 20th anniversary of the terrorist attacks.

The season starts on September 27th with the Met premiere of Terence Blanchard’s Fire Shut Up in My Bones, the company’s first work by an African-American Composer.

Company expenses largely are determined by its 15 Union contracts and the Orchestra, Chorus and Stagehands are the three most significant agreements.

Contracts of the Wardrobe and Costume Shop, Wigs and Makeup, Engineers and Mechanics, the Call Center and Service Employees expire next July.

To Directly Access This Labor News Report, Go To: www.billboard.com/articles/news/9619375/metropolitan-opera-orchestra-reach-deal/