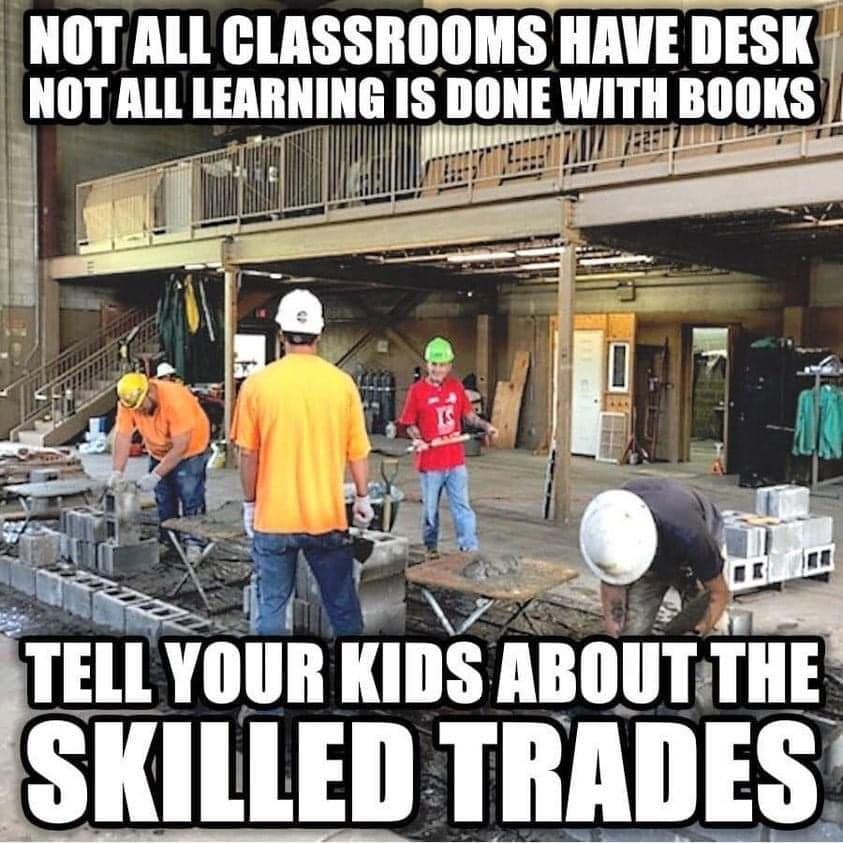 (THE STATE OF IOWA) - Apprenticeships in the Construction Trades offer a pathway into Iowa's Middle Class, according to a new study showing they lead to careers with similar wages as those who earn a college associate's degree.

Their performance "far exceeds" that of Apprenticeships set up only by employers, researchers found.

These are "viable alternatives to college in Iowa," said Frank Manzo, the Executive Director of the La Grange, Illinois-based Institute and Co-Author of Apprenticeship Training in Iowa: Enrollment, Completion Rates and Earnings.

With a potential nationwide investment of more than $1 trillion in the Infrastructure Bill now going through Congress, Manzo noted "tens of thousands of young Iowans" could benefit from an expansion of Registered Apprenticeships.

The study analyzed and compared 2010-2017 data from the U.S. Department of Labor and Iowa Student Aid Commission to assess outcomes associated with the state's Construction Training Programs, which represented nearly half of the 25,000 Registered Apprentices in the state during that time.

Currently, there are 7,800 active Apprentices in Iowa.

But the institute's research shows enrolling in Joint Labor-Management Programs are more financially beneficial for the Apprentice than those solely managed by employers.

The average exit wage is $23 per hour for Registered Apprentices from Joint Construction Programs.

The study said after accounting for demographics, Trade and year of enrollment, Registered Apprentices in construction earn about $10 more per hour if they graduate from Joint Labor-Management Programs.

That Joint Program wage is equivalent to the average mid-career hourly pay for all Iowa Workers with associate degrees, according to the study.

"The Joint Apprentice Programs are the gold standard in Iowa and across the Nation," Manzo said.

Among Iowa Construction Apprenticeships, the study shows Joint Program participants are 28% more likely to finish than those in employer-only programs.

Joint Construction Programs, with an average four-year length, have a 60% completion rate.

Manzo called that "on par" with Iowa graduation rates of 73% at public universities, 64% at non-profit universities and 61% at for-profit four-year institutions.

Iowa Community Colleges during the study period had 26% graduation rates.

Apprentices "earn while they learn," noted Manzo, and tuition costs are covered.

So Apprentices complete the program with no debt, unlike many students who earn associates’ or bachelor's degrees.

To Continue Reading This Apprenticeship And Training Labor News Story, Go To: https://wcfcourier.com/news/local/education/study-says-construction-apprenticeships-offer-pathway-into-iowas-middle-class/article_2f3adadf-938a-561f-aeb6-af217e42f949.html