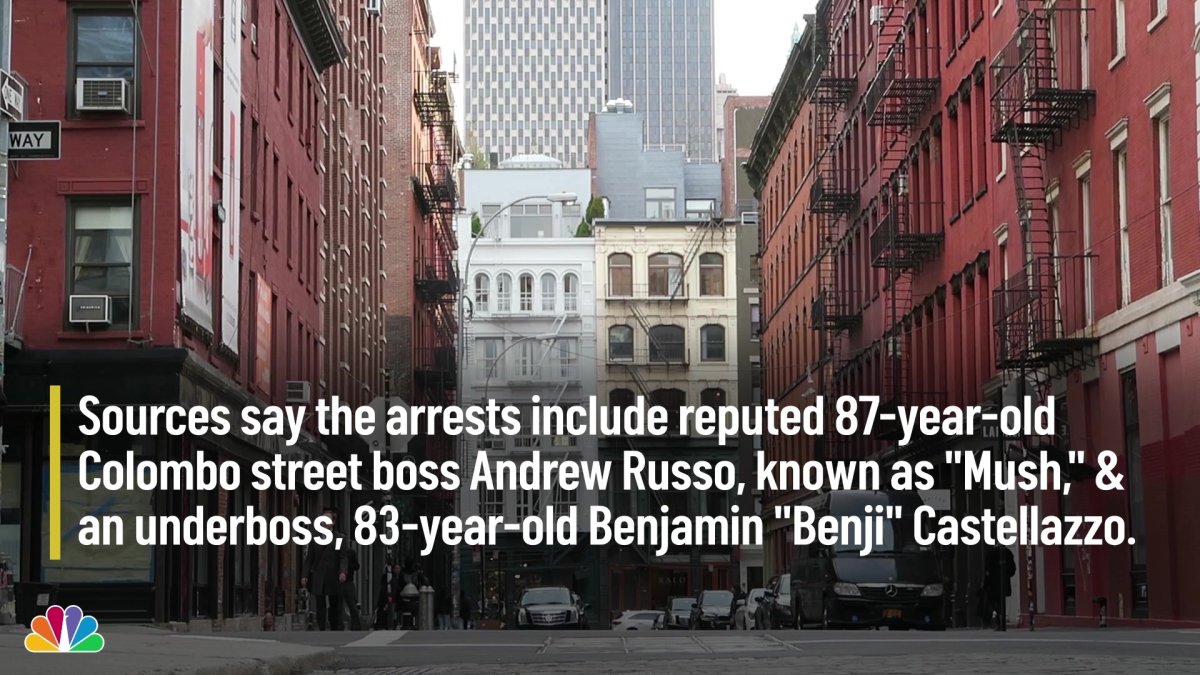 The 19-count indictment unsealed in Brooklyn Federal Court charges a total of 14 defendants, including 10 members and associates of the Colombo Crime Family, with multiple schemes in a long-running effort to allegedly infiltrate and take control of a Queens-based Construction Labor Union and its affiliated Health Care Benefit Program.

They are also accused of conspiring to commit fraud in connection with Workplace Safety Certifications.

Russo faces charges of racketeering, as does Castellazzo and Consigliere Ralph DiMatteo.

According to the indictment, top Colombo Crime Family Members and alleged co-conspirators extorted the Labor Union Management by threatening bodily harm to force decisions that benefitted the Crime Family.

Since 2001, one of the captains and his cousin allegedly collected part of a senior Labor Union Official's Salary by threatening to harm both him and his family.

Beginning in late 2019, the defendants allegedly broadened the extortion effort to force that official and others at the Labor Union and its affiliated Health Fund to select vendors for contracts who were associated with the Colombo Family.

The defendants allegedly sought to divert more than $10,000 a month from the health fund's assets to the administration of the Colombo Family, prosecutors said.

Among other examples, prosecutors say as recently as June 21st, Ricciardo was recorded on the phone threatening to kill the Labor Union Official if he didn't comply.

To Continue Reading This Labor News Story, Go To: www.nbcnewyork.com/investigations/reputed-nyc-mob-boss-among-a-dozen-snared-in-fraud-corruption-bust-sources/3270937/