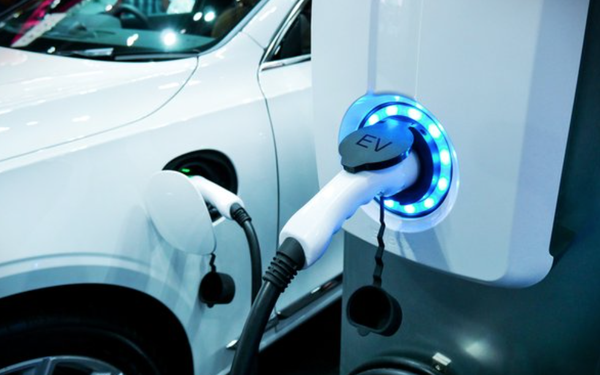 (WASHINGTON, D.C.) - A Bill in the House of Representatives would give a huge boost to American-made, Union-made Electric Vehicles (EVs).

Under the proposal, Union-built EVs will be given an additional $4,500 tax incentive.

This tax credit would kick in for vehicles made by General Motors, Ford and Stellantis (formerly Chrysler).

All of these companies have Workers who are represented by the United Auto Workers (UAW).

Under the Bill these tax credits would be in place for the first five years after the Bill is passed.

There would also be an additional $500 credit for buying a vehicle with a domestically-manufactured battery.

According to Representative Dan Kildee, a Democrat from Michigan, Democrats are hoping to include the EV Tax Credits in the upcoming $3.5 Trillion Budget Reconciliation Bill.

If the tax credits get approved they could have a huge impact on the EV industry.

Currently, the largest producer of EVs is Tesla which manufactures them in the United States at a Non-Union factory.

In contrast, the Big Three U.S. Automakers produce relatively few EVs, but are preparing to launch a new EV lineup in the coming months and years.

Knowing this, Tesla founder Elon Musk, accused Congress of allowing Ford and the UAW to write the Bill.

Ford may be the biggest competitor to Tesla as they are launching an electric version of their popular F-150 next year.

The truck, which will be known as the F-150 Lightning, will likely be a major bellwether to show whether Blue Collar Americans are willing to give up their gas-powered cars and trucks.

Currently, the only electric vehicle that Ford makes, the Mustang Mach-E, is manufactured in Mexico, but the Lightning will be made by UAW members in Dearborn, Michigan.

In addition to the tax credits for Union-made vehicles, the Bill would eliminate the current 200,000 vehicles per manufacturer cap for tax credits, set up a price ceiling for using the tax credit, and set annual income limitations for the buyers who would qualify for the tax credit.

While Non-Union car companies like Tesla, Honda and Toyota are complaining about the credit, this tax credit could have a huge impact in helping keep EV production in the United States.

By keeping the price that a consumer pays reasonable, it could allow many more people the ability to buy their first EV and will encourage the Big Three Automakers to lean into the creation of a full line of EVs.

With a full line, there will be more work for the Union Workforce and it is sure to make a big dent in the current market dominance of Tesla and their Non-Union Workforce.

To Directly Access This Labor News Report, Go To: https://ucommblog.com/section/good-jobs-now/tax-credit-buying-union-built-car