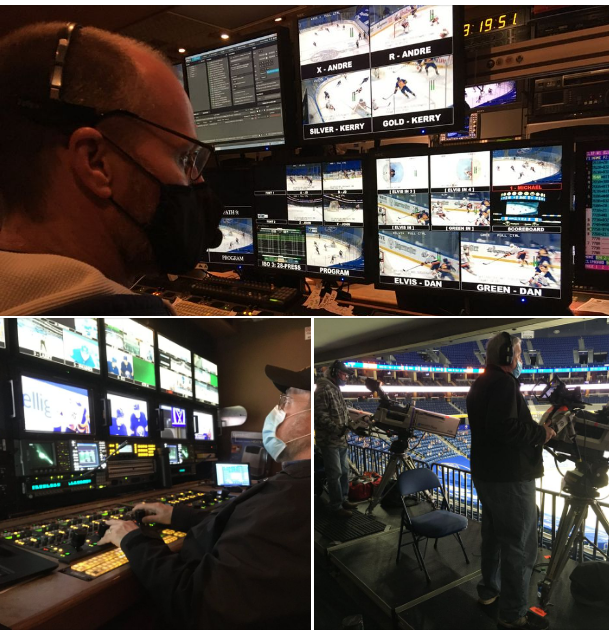 “The contract extension was ‘easily’ ratified,” Schrodt told Your On-Line Labor Newspaper.  “It also includes a wage increase (which Schrodt declined to detail), workplace protections ‘stayed the same’ and ‘potentially more work’ for our Members as the Sabres ‘welcome back more fans in the stands this season’ and - ‘hopefully, a full second crew’ for Canadian broadcasts (when Canadian-based NHL teams come to Buffalo to play the Sabres).”

The extension was brought about by the COVID-19 Pandemic, which basically stopped the Sabres, as well as other NHL teams, from allowing fans into their home arenas for the majority of the season to watch the team play in-person at KeyBank Center.

But now that other professional sports leagues, including the National Football League, have announced new rules for their fans attending home games this season, it is expected fully-vaccinated Sabres’ fans will be allowed into the arena to attend upcoming contests.

“We are ‘hopeful additional (Local 25) Members will be needed this season’ (in order to televise Sabres’ home games),” Schrodt said.

Asked what the reaction of his Union’s Membership was to the contract extension, Schrodt replied: “Everybody’s (the NABET-CWA Members) ‘pretty happy because they have all had a really rough year economically because of COVID.’”

“And, I was ‘very happy (management) reached out to make a deal and make a reasonable offer.’  ‘We have a good working relationship,’” he added of Hockey Western New York LLC.