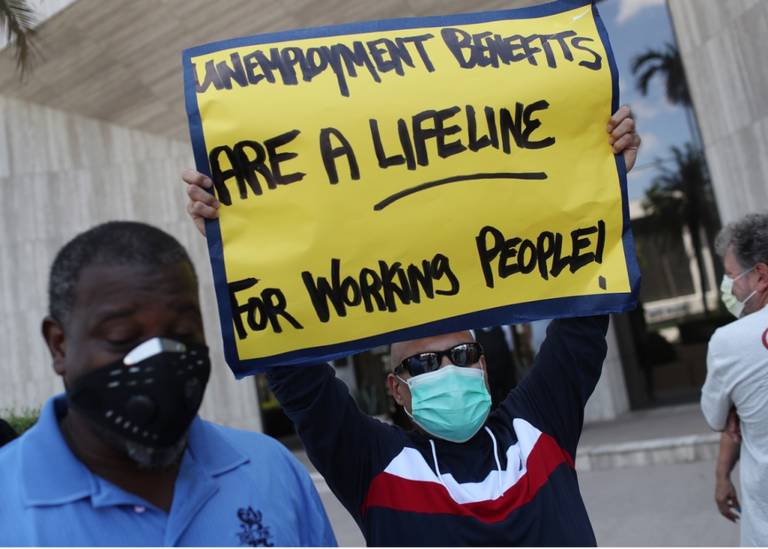 (WASHINGTON, D.C.) - When two vital programs expired on September 6th, millions of jobless Americans lost their Unemployment Benefits, leaving them vulnerable to the financial impact of the Coronavirus Pandemic, as well as natural disasters like the flooding that ravaged New York City and the wildfires in the Western states.  At least 8.9 million U.S. citizens have been stripped of these benefits, with no solution or reprieve in sight.

As the Delta Variant surge - and now also the appearance of the Mu Variant of COVID-19 impact the fragile pandemic recovery, the abrupt end of aid to Americans comes as a serious blow, denying them access to two essential programs.

The first of them gave jobless assistance to self-employed and Gig Workers, while the second supported those who have been without jobs for more than six months.

Salt in their wounds is what those receiving regular Unemployment Benefits from the states also got on September 6th as they saw the end to the $300 Federal supplement to their checks.

“Millions of jobless Workers are going to suffer when benefits expire,” said Oregon Democratic Senator Ron Wyden. “It didn’t need to be this way.  It’s clear from the economic and health conditions on the ground that we shouldn’t be cutting off benefits now.  It’s heartbreaking to know it didn’t have to be this way.”

He proposed linking jobless benefits more closely with economic conditions so they won’t expire in times of need, remarking: “We’ve got to take the unemployment system into the twenty-first century.”

Though the White House has attempted to motivate states to continue paying the $300 weekly benefit by using money from stimulus legislation, no states have chosen to do so - many even elected to opt out of the Federal program early after some businesses claimed they couldn’t find enough people to hire.

Data has proven that removing unemployment aid early in those states has had only minimal economic benefits.

Such states have experienced little to no hiring relative to the rest of the U.S.

Andrew Stettner, Senior Fellow at the Century Foundation, noted that he had attended some Capitol Hill meetings on Unemployment Insurance and found that the prevailing mentality is that “there is a feeling that it took all the political attention and now Congress needs to work on other things.”

By contrast, he added: “The end of the pandemic will be an abrupt jolt to millions of Americans who won’t find a job in time for this arbitrary end to assistance.”

U.S. Representative Jamaal Bowman (Democrat-New York), urged President Joe Biden to revive the Federal pandemic-oriented Unemployment Benefits, stating: “We need to expand (it) for millions of unemployed Workers because this crisis isn’t over.  People are not only dealing with COVID surges, they’re dealing with impacts of climate change, from extreme flooding in my district to heat waves and fires in the West.”

The removal of benefits comes at a time when the Nation has 5.7 million fewer jobs than it did pre-pandemic, and when Americans are still financially crippled with only sparse access to social assistance programs, such as Food Stamps/SNAP benefits, for which the White House approved a 25% increase last month.

It will remain one of the few lifelines for 42.7 million U.S. citizens for the foreseeable future.

To Continue Reading This Labor News Report, Go To: https://peoplesworld.org/article/unemployed-workers-face-hardship-desperation-as-benefits-run-out/