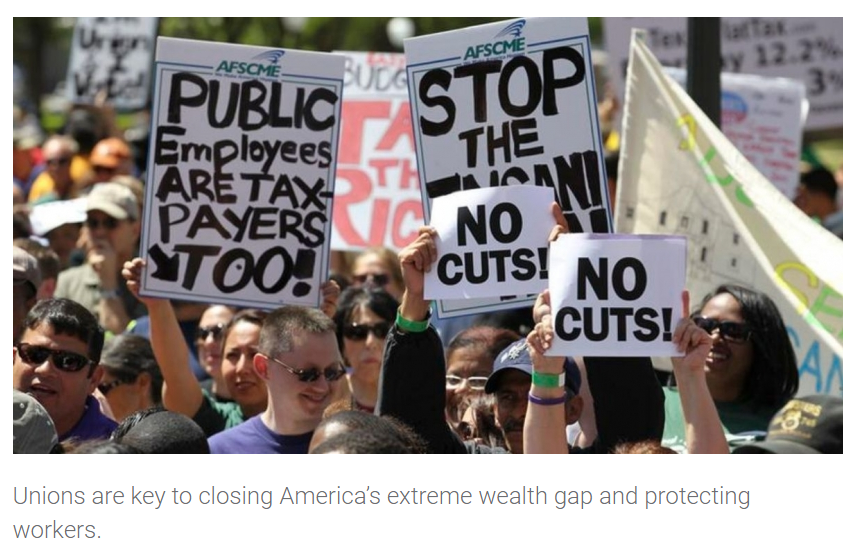 In the early 20th Century, the rapid industrialization of the United States produced unbelievable amounts of wealth for businesses and industrialists.

This era, known as the Gilded Age, saw the rapid growth of the U.S. and global economy.

Businesses saw little regulation from the Federal Government, so while power and wealth were being concentrated in the hands of a few men, Workers had to endure unhealthy and dangerous working conditions, poverty wages and lack of benefits.

Wages were so low, children as young as five often had to find employment to help their families provide.

These bleak conditions led many to join Unions and other Labor Organizations.

This influx of Unionized Workers correlated with improved working conditions, pay and benefits.

Labor Activists and Unions won the 40-hour work-week and made it standard, they fought for Unemployment Benefits and Federal jobs guarantees.

While Unions made important gains within their workplaces, the results were not the same for Workers everywhere.

For example, in 1921, West Virginia Coal Miners began to organize in anti-Union towns.

Instead of listening to the demands of the Workers, the bosses of the coal companies that controlled these towns hired private law enforcement known as Pinkertons to inflict violence on the striking Workers.

These acts of violence against striking Workers were not uncommon, but they also weren’t enough to deter the Labor Movement and permanent victories were still achieved.

Well into the 20th Century, Mexican-American Farm Workers began their own movement for fair wages and benefits.

Led by Cesar Chavez and Dolores Huerta, Mexican-American Farmers kept up the long-held American tradition of bargaining for workplace rights.

Unions are essential to our labor force and they help to balance interests between Workers and their employers.

American Workers throughout history gave their sweat, blood and tears fighting for a better future.

This pattern continues today as the GOP passes Anti-Union laws and Conservative Courts uphold them.

To Continue Reading This Labor News Story, Go To: https://progresstexas.org/blog/labor-day-reminds-us-crucial-role-unions-play-our-society