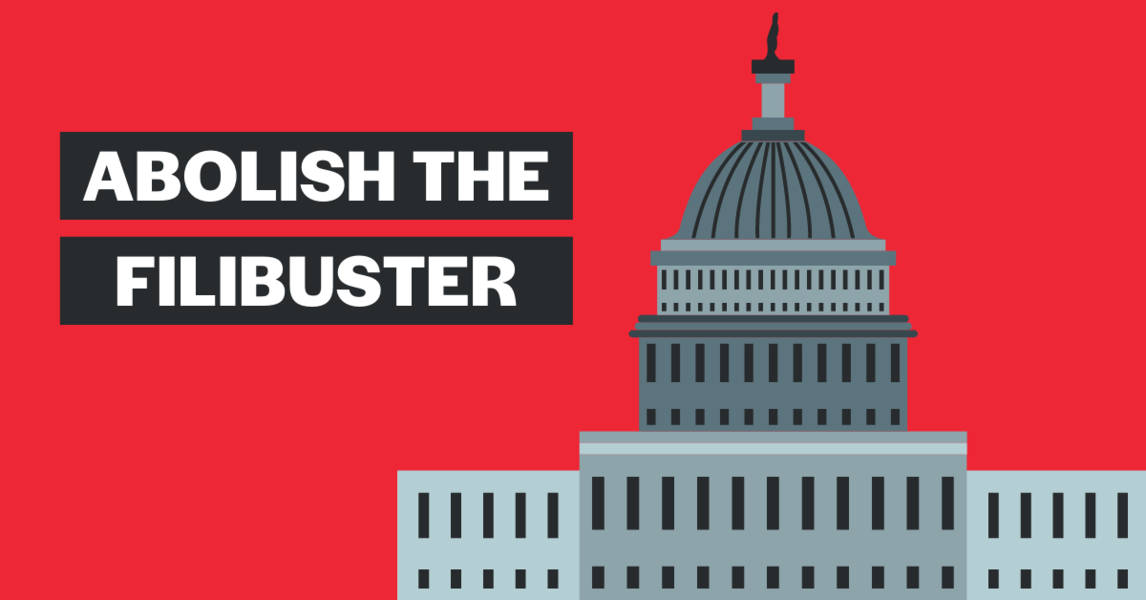 (WASHINGTON, D.C.) - New National AFL-CIO President Liz Shuler is coming out of the gate swinging in her attempt to pass the PRO (Protecting the Right to Organize) Act.

The Bill, which has now been renamed The Richard L. Trumka PRO Act - in honor of her predecessor who died last month, is a key priority for the Labor Movement.

In a meeting with reporters earlier this week, Shuler warned Senators that if they don’t support nixing the filibuster to pass the Bill, they might not find themselves back in Washington following the 2022 election.

“Workers want to hold elected officials accountable on an agenda that they voted for.  Right now that agenda is being blocked by arcane rules in the Senate.  We believe that voters will take that into consideration for the next election,” Shuler told reporters during an event hosted by the Christian Science Monitor.

“Elected officials, if they’re not listening, that’s when elections end up having consequences,” she said.

The PRO Act is currently held up in the Senate where it would need 60 votes to get through the filibuster.

Currently, it has 47 sponsors with three Democrats still opposed, although reports say that two of the three may have softened their stance after months of pressure from Unions.

If the filibuster was repealed, then the PRO Act would be able to pass with just 50 votes - plus the tie-breaking vote cast by Vice President Kamala Harris.

In addition to the PRO Act, other important Bills like one surrounding voting rights has been held up by the Senate.

“American Democracy is at risk.  Extremist lawmakers are waging an assault on voting rights, corporations are denying Working People's Rights to stand together with our Co-Workers in Unions and chronic underinvestment has devastated Working Families - all fueling skyrocketing inequality,” said then Secretary-Treasurer Shuler earlier in the month.

“Saving American Democracy now depends on exercising Democracy in the U.S. Senate.  That means passing the PRO Act, the Public Service Freedom to Negotiate Act, the For the People Act, the John Lewis Voting Rights Advancement Act, and the Build Back Better investment agenda with a simple fifty-vote majority.  We won’t let the authoritarianism of an Anti-Worker minority block the will of America's people - expressed decisively in the 2020 elections and in recent polling.  The choice is clear: Sideline the filibuster, not the hopes, aspirations, and representation of America’s people,” Schuler said.

While there is support among Democrats for getting rid of the filibuster - two Senators, Joe Manchin of West Virginia and Kyrsten Sinema of Arizona, have repeatedly said that they would not vote to repeal it.

Sinema is also one of the last holdouts on supporting the PRO Act.

The threat to hurt these Senators at the ballot box may also be difficult.

Manchin is one of the few Democratic Senators in a state that former Republican President Donald Trump won and getting a primary challenger from the left to win in West Virginia would be almost impossible.

While Sinema is already facing whispers of a progressive challenger, both Senators are not up for re-election until 2024, an eternity in Washington.

To Directly Access This Labor News Report, Go To: https://ucommblog.com/section/national-politics/afl-cio-get-rid-filibuster