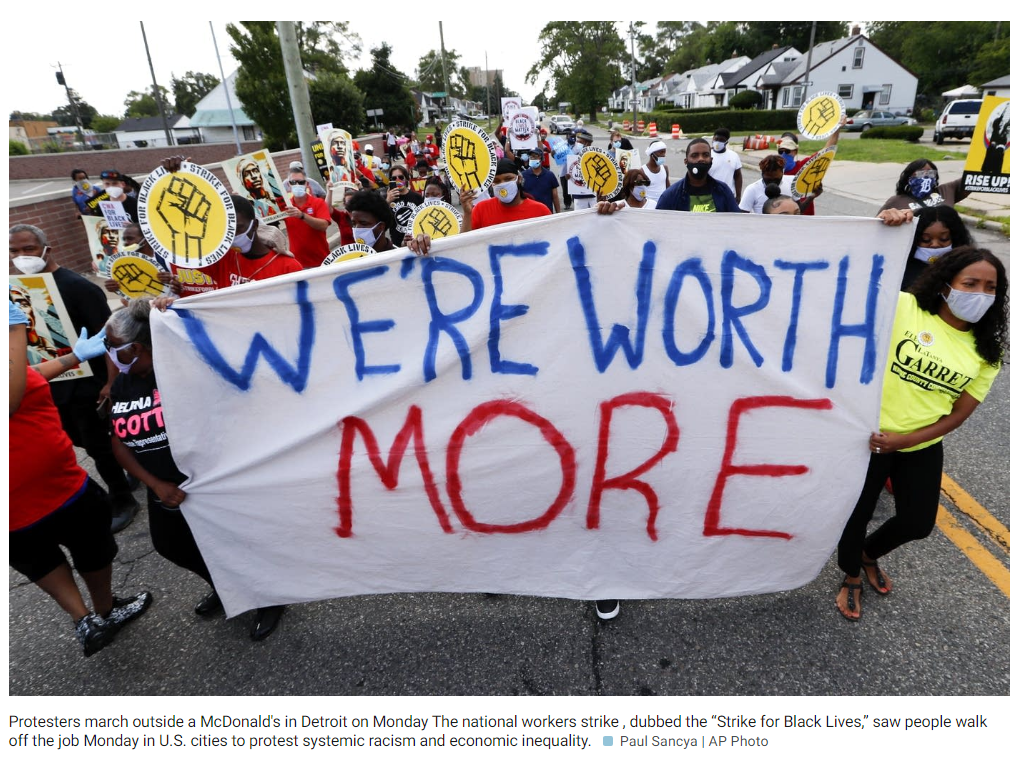 Since August 10th, about 1,000 Union Workers across five states who make Ritz crackers and Oreo cookies for Nabisco have been on Strike over contract disagreements.

Union Workers oppose the new schedules, saying their hours are already long and the change would take away time spent with their families.

Over the last 18 months, waves of Workers have gone on Strike, from Instacart Workers turning off their Apps to Amazon Fulfillment Workers walking off.

Last month, a 19-day Strike with Frito-Lay Workers in Topeka, Kansas resulted in a negotiated wage increase and a day off every week, ending forced overtime and 84-hour work weeks.

The heightened Employee activism in part stems from the pandemic, where Workers have had to work in more unsafe conditions or with less favorable schedules.

Now, with a tight labor market, where employers have been offering bonuses and higher wages to attract Workers, Labor Unions may have the power to ask for more.

“So, in a tight labor market, when society is more acutely aware of the value of Essential Workers, Unions and Workers have the power to demand more,” Campos-Medina said.

Workers assigned to these lines would have a three-day weekend every other week.

Since the start of the pandemic, Nabisco Workers say they have been putting in at least 13 hour shifts - and some have had enough.

“They just care about putting out cookies and production, they don’t care about anything else,” says Jesus Jimenez, a Packing Worker in Portland, Oregon, who’s been working for the company for 10 years, and serves as President of Bakery, Confectionery, Tobacco Workers & Grain Millers (BCTGM) Local 364.

In the second quarter, Mondelez reported a revenue increase of 12% from the same period last year.

Some Union Members who are picketing already have part-time or full-time jobs that pay well, says Jimenez.

He says he receives e-mails and texts for jobs that pay at least $20 an hour, with benefits and bonuses, and are close to his house.

“There’s way too many jobs right now.  We might lose good Members that are going to be hard to replace,” says Jimenez. “The experience that you have that counts a lot - the experience we have working those machines, working the department, mixing and baking, even packing.”

To Continue Reading This labor News Story, Go To: https://qz.com/2052809/a-nabisco-strike-is-testing-the-power-of-unions-in-the-pandemic/