UFCW Local One âBacks A Bidâ By Hamilton College Student Admission Workers Who Want To âGo Unionâ - Filing for a Union Election âSaid To Be The First Time Anyâ Undergrad Admission Workers âHave Soughtâ Union Recognition In The U.S. 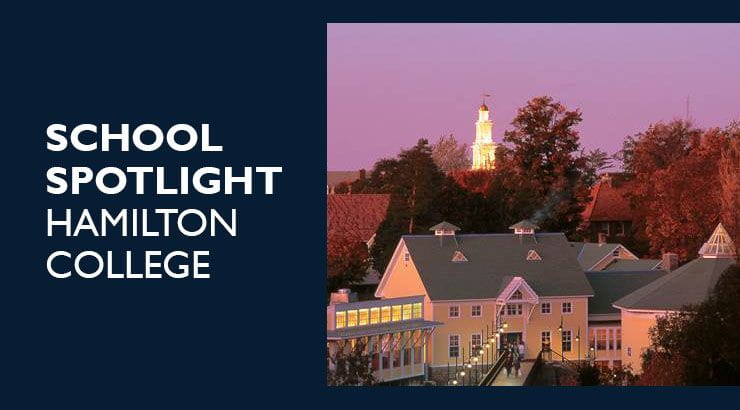 (CLINTON, NEW YORK) - United Food & Commercial Workers (UFCW) Local One has filed a petition of recognition on behalf of Hamilton College Student Admission Workers to the National Labor Relations Board (NLRB), the Union has announced.

About half of the proposed Bargaining Unit, which includes Tour Guides and Senior Admission Fellows, signed Authorization Cards calling for a Union Election, according to the announcement by the UFCW.

“We are calling for higher wages, a uniform disciplinary process and greater respect,” said Eric Kopp, a Senior Admissions Fellow and Member of the Organizing Committee. “Hamilton wants its students to think critically, so that’s what we’re doing.”

The filing is the first time that any Undergraduate Admission Workers have sought Union Recognition in the country, officials said.

This comes in the wake of the NLRB withdrawing a Trump-era rule against Student Employees.

It also marks the first time that Hamilton students have sought to form a union.

“Every Worker has a right to form a Union,” stated Samantha DeRiso, Political Director for UFCW Local One, based in Oriskany, and main organizer of the Union Campaign.

“These students know that they deserve better.  UFCW Local One will give our unconditional support to their cause,” DeRiso added.

To Directly Access This Labor News Report, Go To: https://romesentinel.com/stories/union-backs-bid-by-hamilton-college-student-admission-workers,120586