A âHistoric Winâ For The Communications Workers Of America, AT&T In-Home Expert Workers Vote To Join The Union 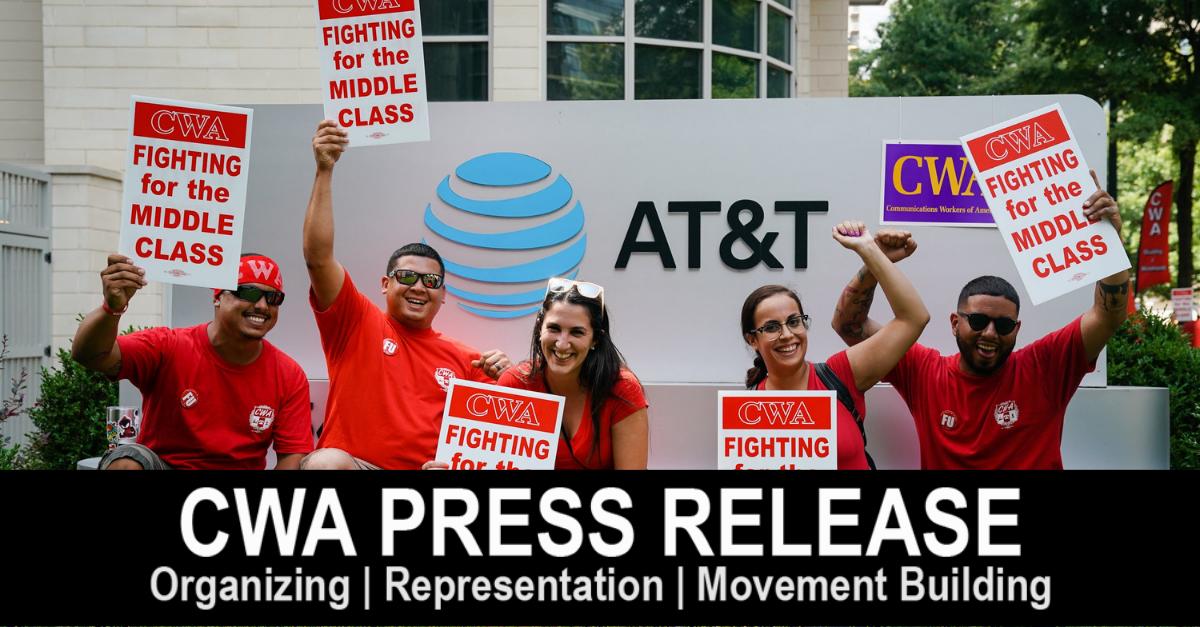 (SOUTHFIELD, MICHIGAN) - In an historic win, AT&T In Home Expert (IHX) Workers in Southfield, Michigan have overwhelmingly voted to join the Communications Workers of America (CWA) with 84% of the vote.

IHX Workers nationwide want to join CWA, but have met strong resistance from AT&T at every step, Union Officials said.

After AT&T refused to voluntarily recognize the Union, Workers filed an election petition with National Labor Relations Board (NLRB) Region 7.

AT&T used a series of tactics to delay the election, including an appeal to the full NLRB that resulted in the ballots being impounded, Union Officials said.

The decision rendered in favor of the Union also had a positive impact on NLRB Case Law, narrowing the scope of a previous Anti-Union decision, the CWA said.

Through all of this, the Workers stayed Union Strong and voted 26-to-5 in favor of joining the CWA.

The Unit will be made up of 53 Workers who are employed at the company’s Southfield office.

Included in the Unit are all full and part-time Integrated Solutions Consultants (ISCs) and Integrated Sales Support Specialists (ISSSs).

The IHX Workers will now look to bargain a strong contract that gives them a voice on the job.