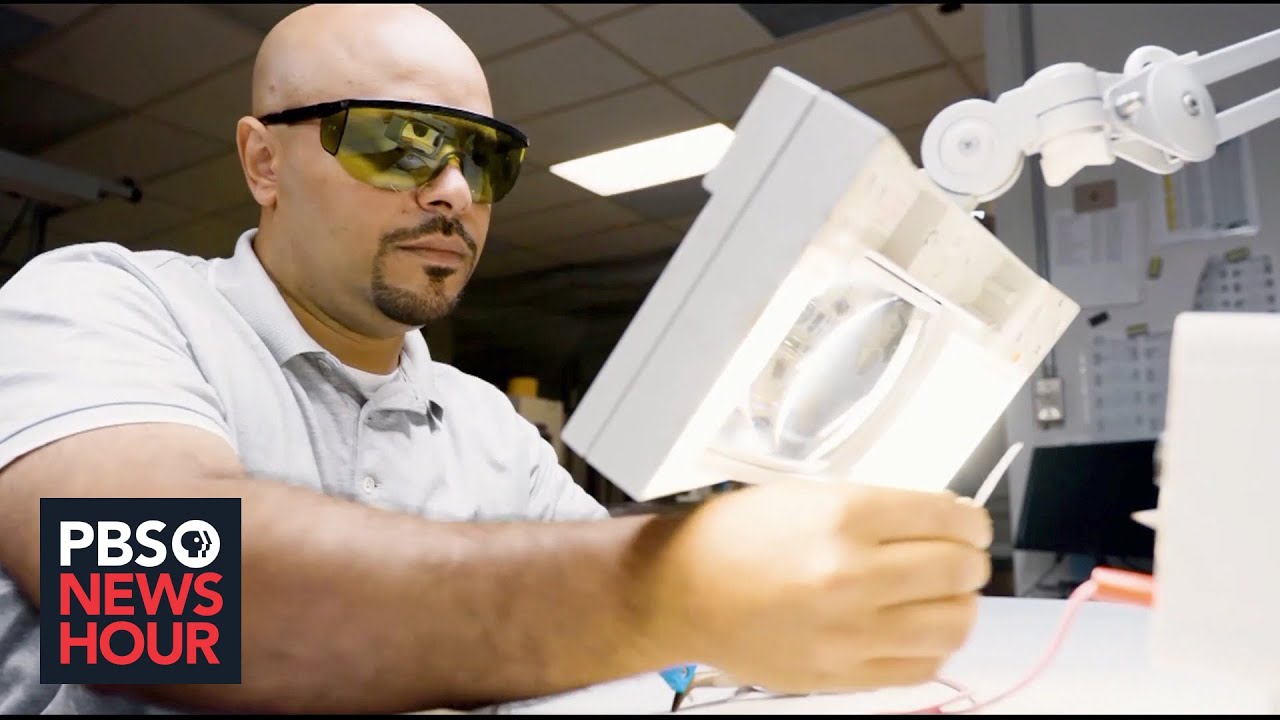 Because of the Coronavirus Pandemic, millions of lost jobs in the U.S. are not filled yet.

While there are reports of labor shortages in many sectors, a large percentage of Workers say they are looking for a new job.

For some without a Bachelor's Degree, job prospects were bleak even before the pandemic.

Paul Solman: Adquena Faine's last job before the pandemic, driving for Uber and Lyft in Virginia.

Adquena Faine: I was driving so much, I would lay down and try to take a nap or go to sleep and I still felt the vibrations of the car.

Paul Solman: No time or money to finish college, barely able to feed her daughter and pay for a hotel room after foreclosure on their home, food for herself.

Adquena Faine: Before I got on the road to drive, I would stop and forage in the woods or like on the side streets.

Paul Solman: You were actually foraging for food at some point?  I have never heard that before.

Adquena Faine: People will stop and ask, what are you doing?  And I'm like, oh, nothing, because I don't want anybody to start coming to pick my food.

Paul Solman: And so how much money did you make there?

Jennifer Burgess: On my best year ever, maybe 28.

Jennifer Burgess: My best year ever.

Paul Solman: Mariana Perez was 20 when she emigrated from Mexico in 2005, without a high school degree or even any English, spent nine years working in a North Carolina nail salon.

Mariana Perez: Yes. I had no benefits. We don't have any vacation pay. So, if you don't work, you don't earn money.

To Continue Reading This Apprenticeship And Training Labor News Story, Go To: www.pbs.org/newshour/show/how-apprenticeships-can-bridge-the-employment-gap-for-workers-without-college-degrees