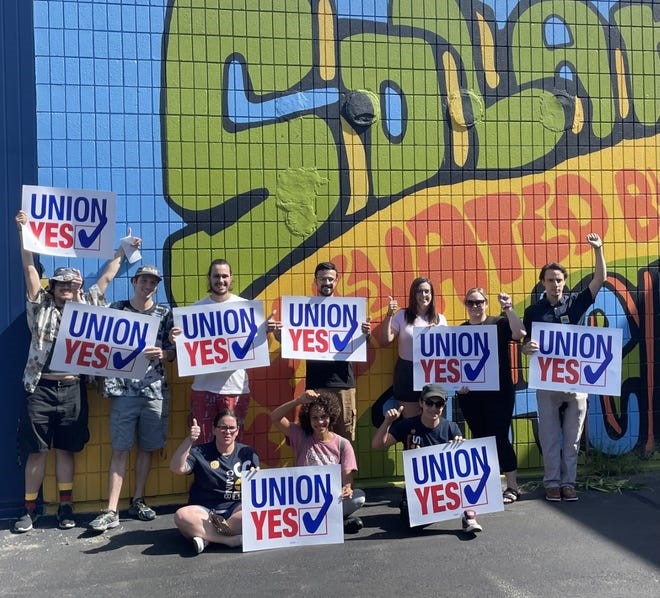 Workers from Solar Therapeutics have delivered a letter to management asking them to voluntarily recognize the Union and begin the process of bargaining for their first Union Contract.  The Workers have also filed for their Union Election with the National Labor Relations Board (NLRB), meaning they would take the issue to a vote if the company chooses not to recognize the Union.

“We, as a unit, have dedicated countless hours of our time and resources to expand and develop our knowledge so that we can provide our customers with consistent, honest and trustworthy experiences that keeps our customers returning to the dispensary.  Collectively, we feel that we embody a passionate and dedicated nature to our environment and we wish to continue working as a united staff by becoming Unionized,” the letter read in part.

The Workers are represented by United Food & Commercial Workers (UFCW) Local 328, which includes about 11,000 people in Massachusetts and Rhode Island in workplaces like grocery stores, food service companies, schools and medical facilities.

Sam Marvin, Director of Organizing for UFCW Local 328, said 12 out of the 17 Workers at the facility - or about 70%, signed the petition asking for a Union Election.

The NLRB requires at least 30% of Workers to indicate support for holding a vote before the vote can take place.

"Since going public, Workers have communicated to us they have seen additional support from some of their remaining Co-Workers as well," Marvin said.

If the company does not voluntarily recognize the Union, Marvin said the vote would likely be held in September or October.

If the Unionization effort is successful, Solar Therapeutics would be far from the only Unionized marijuana facility in the area.