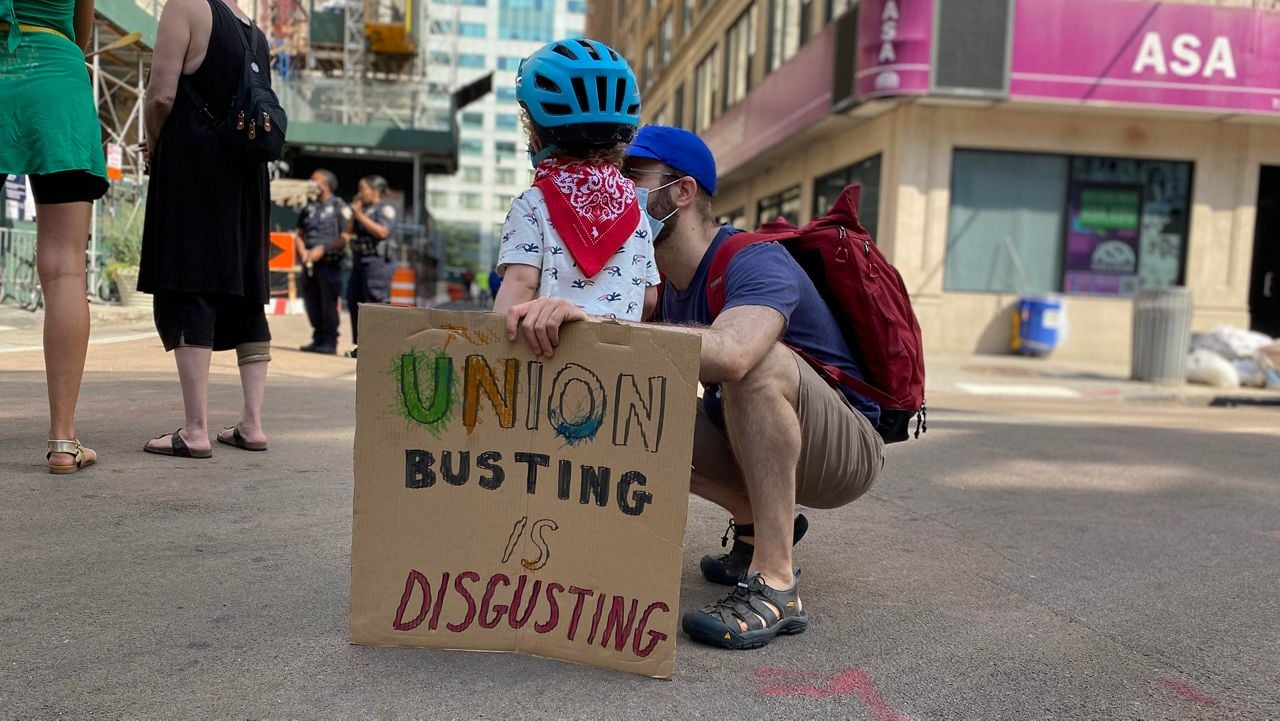 The Bill, passed by a 41-to-2 vote in the City Council on July 29th, will require private and non-profit groups providing services such as child care and running senior centers to show that they have entered a “Labor Peace” Agreement with a Union within 90 days after they receive or renew a city contract.

The exception would be if no Union has sought to represent their Employees.

“No city dollars should ever be paid out to employers who engage in Union-Busting and that’s exactly what this new law will help ensure,” he said in a statement.

“Labor peace is now the law of the land - and it’s been a long time coming,” said the Union’s Executive Director, Henry Garrido. “Workers in the non-profit social and human-services sectors have been in crisis.  They face dangerous working conditions, rising health-care costs, low pay and extremely high turnover.  They’ve been asking for the ability to organize without fear and it has finally been granted.”

Non-profit organizations are a huge part of the city’s social-services infrastructure.

The Mayor also signed a Bill sponsored by Council Member Debi Rose (Democrat-Staten Island) that will add Domestic Workers to the Employees covered under the City’s Human Rights Law.

Family Caregivers, Home Health Aides and House Cleaners “are often vulnerable to discrimination and harassment by nature of being a single Employee in their workplace,” noted Carmelyn P. Malalis, the Chair of the City’s Commission on Human Rights.

The new Law will also require employers to take the Commission’s training on sexual harassment and to give Employees a notice of their rights.

The legislation “will right a historical wrong under which Domestic Workers, for too long, have not been protected from discrimination in the workplace,” said Marrisa Senteno and Allison Julient, New York Co-Directors of the National Domestic Workers Alliance.

To Directly Access This Labor News Report, Go To: www.laborpress.org/nyc-enacts-labor-peace-pact-helps-human-services-staffers-to-unionize/