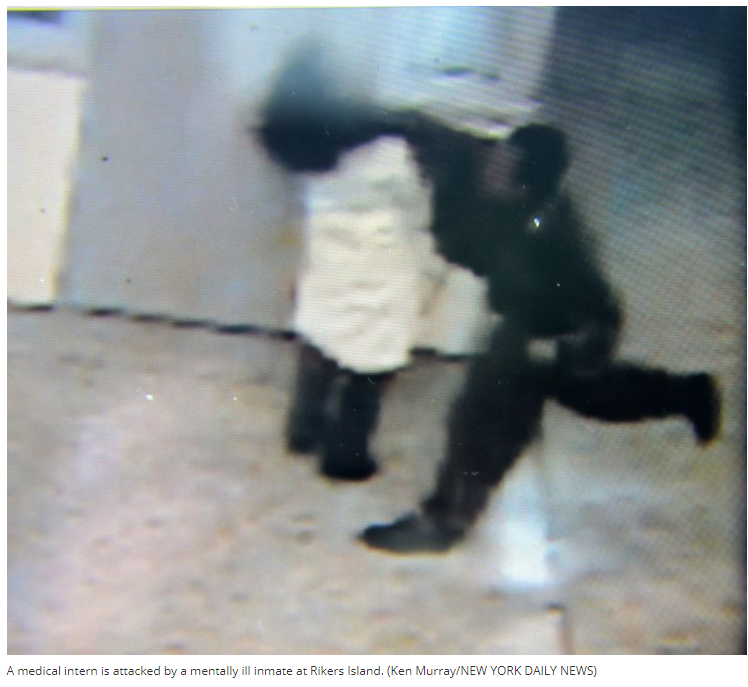 Every day, Health Care Workers reporting to work at Rikers confront mayhem and violence from inmates, who are detained in substandard conditions, Union Officials said.

At such a critical time for New York City, Union Representatives said action must be taken to ensure that all Front Line Health Care Workers delivering care to prisoners are protected, including the brave Nurses, Doctors, and Physician Assistants (PAs), who’ve heeded the call to care for those jailed on Rikers Island.

The Unions said they were seeking a safe and effective solution for colleagues who face great personal risk simply by fulfilling their professional duties, including working under fear of losing their lives or being assaulted and in fear for their health and safety every shift.

Enforcement of existing rules and establishing new ones to address the growing health and safety crisis confronting Health Care Workers is critical, they said.

Without effective policies and procedures, Union Officials added, the ability of inmates to receive needed care in a timely manner is impaired.

Rikers Island is a 413.17 acre island located in the East River between The Bronx and Queens Boroughs.