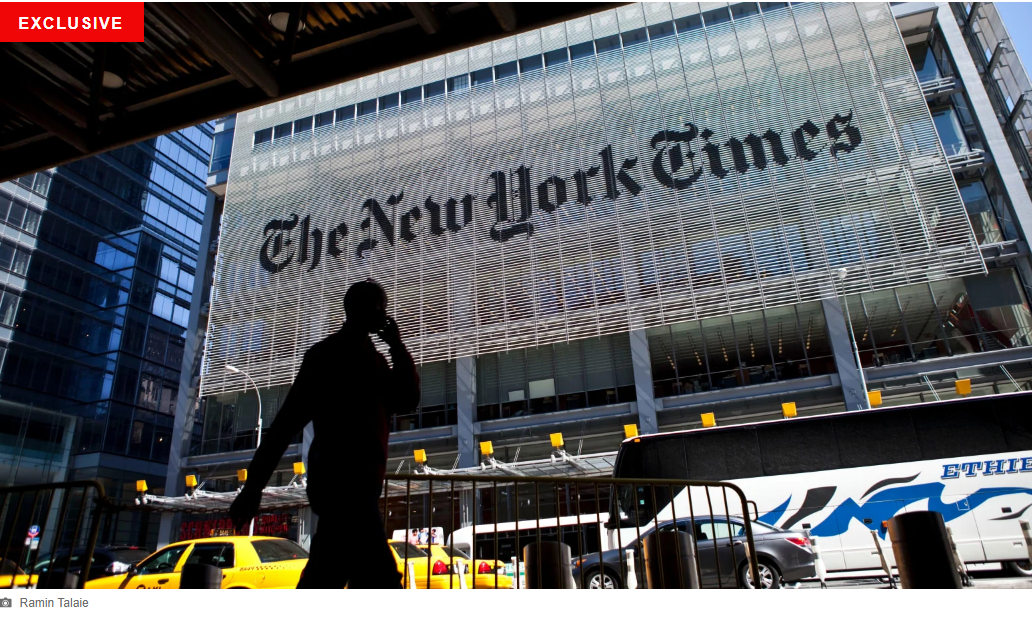 (NEW YORK CITY) - The New York Times is engaged in a contentious back and forth with several hundred of the paper’s Technology and Product Staffers who announced a Unionization drive earlier this year - so it was likely a bit embarrassing when the law firm representing the paper’s management accidentally sent a private strategy memo to representatives for the newly Unionized Staff.

Michael Lebowich, a partner at the firm Proskauer Rose, sent an e-mail to several of his colleagues at the firm and New York Times Senior VP and Deputy General Counsel Andrew Gutterman, who represents the paper in discussions with its various Staff Unions.

The e-mail, titled “Tech Organizing Unit Scope Decision Options,” laid out options for how the paper could respond to recent efforts by Tech and Product Staffers to form a Union.

What Lebowich almost certainly did not realize is that he had also cc’d Rachel Sanders, an Organizer for the New York Chapter of the NewsGuild - which represents Staffers at news organizations, including The New Yorker, Reuters, The Daily Beast, and now the Times Tech Workers.

In April, a group of Software Engineers, Designers and Data Analysts announced to Times management that they had majority support to form a Union among what the group said was 650 Tech Staffers eligible to be included.

The paper rejected the Union’s request to be voluntarily recognized, opting instead to hold a vote among prospective members conducted by the National Labor Relations Board (NLRB).

Since then, the two sides have been locked in tense negotiations over who should be allowed in the Union and entitled to vote on its ratification or rejection.

The errantly e-mailed slideshow laid out the options for the Times as management strategized how to limit the scope of the Union.

In one slide, titled “Operating Principles,” the lawyers discussed management’s potential goals, including ensuring supervisors are not involved in the Union, seeking the “smallest Bargaining Unit that is justifiable,” or seeking “the Bargaining Unit where we are most likely to win an election” that would effectively defeat the Unionization effort.

The firm laid out three potential paths for the paper: Allowing a large, medium or small Union size.  Each came with their own considerations. The Times’ outside lawyers reasoned the paper would have its highest chance of winning an election outright against the Union if the paper agreed to potentially allow more staff into the unit - but the law firm also suggested that a larger unit would prevent the paper from attracting and retaining talent.  A smaller unit, the legal team argued, would likely win the NLRB Election, but would be much more limited in scope, resulting in a Union nearly half the size.

The paper opted for what the firm labeled the most “aggressive” option, which would keep the Union to under 400 Members.

Angela Guo, an Organizing Member of the Union, said The Times’ decision to pursue that strategy, even if it meant losing the NLRB Election, was illuminative.

To Continue Reading This Labor News Report, Go To: www.thedailybeast.com/ny-times-lawyers-accidentally-send-private-strategy-memo-to-staff-union?ref=author&fbclid=IwAR1tlego36-ToqG0FYravitTGqDFpi6hCm44eMffB8RuZC-YiLBtdBinR8o