While New York Cityâs Emergency Medical Servicesâ Workers âAre Getting A Raiseâ Negotiated In A Tentative New, Four-Year Contract, âTheyâll Also Have To Work Another 131 Hours A Yearâ 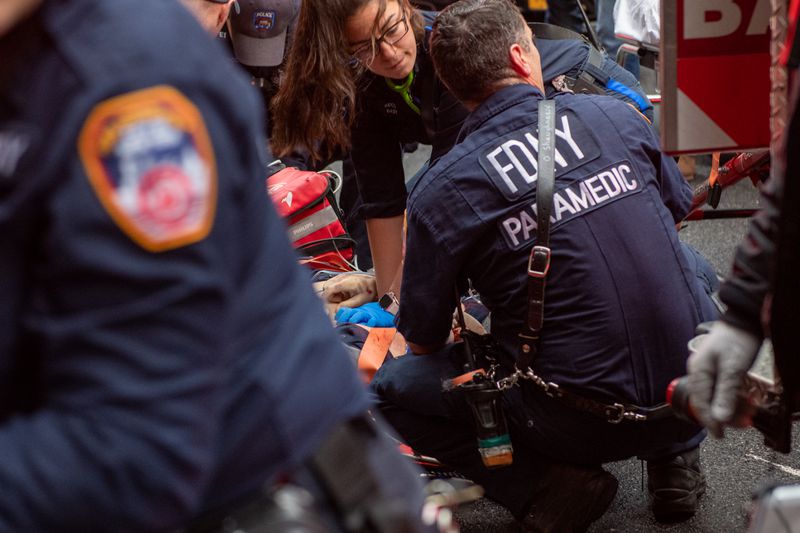 (NEW YORK CITY) - More than 4,500 Fire Department Inspectors and Emergency Medical Services (EMS) Workers would see their pay go up by more than 11% under a Tentative Contract agreement with New York City that was announced earlier this month - but they’d also have to work another 131 hours a year.

However, it would increase their annual workload to 2,088 hours beginning September 12th, up from 1,957 for most Workers under the previous contract.

DC 37 has not yet scheduled a ratification vote.

“Our men and women have sacrificed so much for our city, they work tirelessly to survive under the current financial climate we live in,” Local 2507 President Oren Barzilay said in a statement. “This contract brings us closer to what we have been fighting for.”

“This contract addresses issues that have negatively impacted EMS for many years,” said Vincent Variale, president of Local 3621, which represents EMS Lieutenants and Captains. “While it does not provide parity with the other Uniformed Emergency Services, it does provide financial relief for our EMS Members.”

The increased hours are a “productivity enhancement,” the Mayor’s Office said in a statement.

It estimates that the contract would cost the city almost $290 million over the next five years, rising from $26.7 million this year to $79.5 million in Fiscal 2025.

The other productivity enhancement would be a 6% “mental health response differential,” increased pay for EMS Employees who are trained and available to be deployed in the city’s new program for responding to mental health calls when the subject does not have a weapon and is not considered an imminent risk of violence or danger to themselves.

“This agreement increases wages and will allow us to expand our incredible mental health pilot, which has already proven to be an effective way to handle non-violent mental health calls,” Mayor Bill de Blasio said in a statement.

The program, begun in early June in three police precincts in Harlem and East Harlem, pairs EMS Workers with City Mental Health Social Workers to respond to those 911 calls, rather than having them accompanied by police.

Dubbed the Behavioral Health Emergency Assistance Response Division (B-HEARD), its intent is to minimize the chances of police killing an “emotionally disturbed person” in a confrontation.

To Continue Reading This Labor News Report, Go To: www.laborpress.org/ems-workers-new-raise-comes-with-longer-hours/