The NewsGuild âJust Broke Its Annual Organizing Record, With Five Months To Goâ - More Than 1,500 Workers Across 29 Workplaces Have Joined The Largest Union Representing Journalists So Far This Year 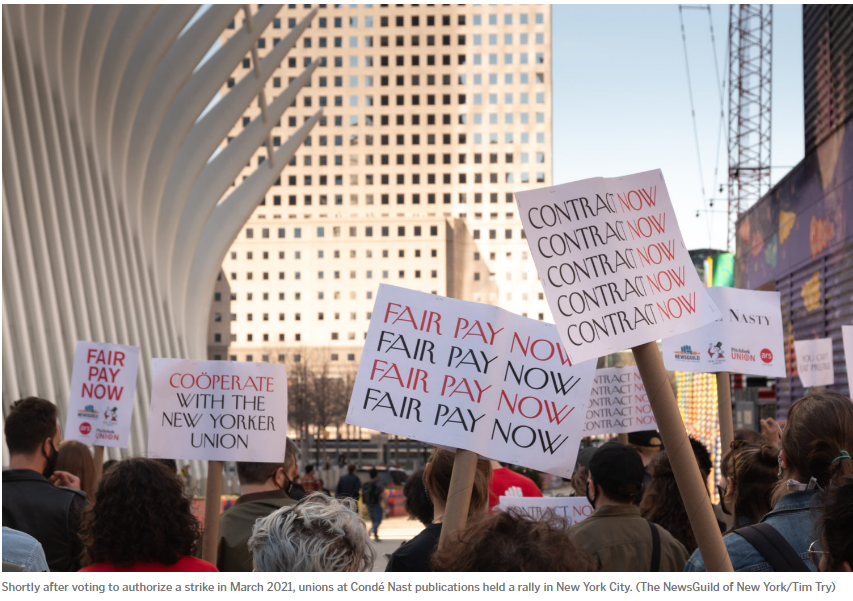 (NEW YORK CITY) - More than 1,500 Workers across 29 workplaces have joined the NewsGuild so far this year, setting a record for the organization, which is the largest Union representing Journalists.

Since 2015, the NewsGuild has been on an organizing spree, Unionizing local newspapers and national publications alike, as part of a larger Labor Movement within journalism.

The Union broke that record last week when Forbes’ Editorial Staff voted 67-to-7 to Unionize.

Over the past three years, the Union has added on average more than 1,400 new Workers each year.

Those numbers also include non-Media Workers.

The NewsGuild represents several non-profits like the Institute for Policy Studies and ACLU of Missouri in addition to newsrooms.

More than 1,100 Workers, including over 650 Tech Workers at The New York Times, are currently organizing with the NewsGuild and could join the Union in the coming months.

The NewsGuild has not lost a single election since 2012.

That means the Union could potentially double its record by the end of the year.

In a newsletter to Members, the NewsGuild acknowledged that the recent organizing victories have created a “bargaining challenge.”

To help newly Unionized newsrooms negotiate for their first contracts, the Union has approved supporting four additional Staffers in four of its Local Chapters.

To Directly Access This Labor News Report, Go To: www.poynter.org/business-work/2021/the-newsguild-just-broke-its-annual-organizing-record-with-five-months-to-go/