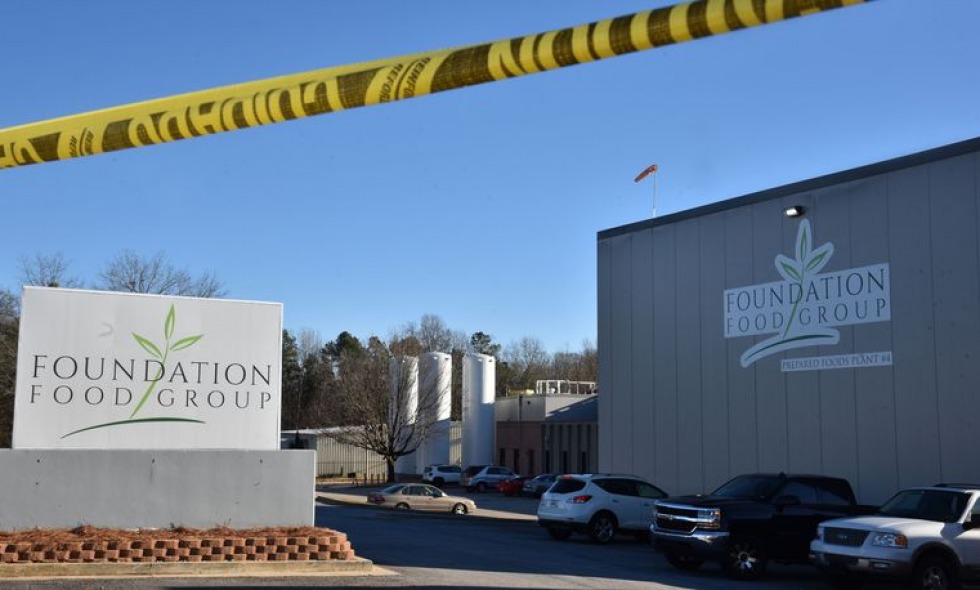 (GAINESVILLE, GEORGIA) - In January 2021, UCOMM Blog reported on a liquid nitrogen gas leak at a poultry plant in Gainesville Georgia where six people were killed and at least a dozen more were injured.  The U.S. Occupational Safety & Health Administration (OSHA) immediately began an investigation into the leak and is now bringing the hammer down on the involved companies.

In a statement from OSHA, the agency announced that they were issuing 59 citations and nearly $1 million in penalties to Freedom Foundation Group - which owns the plant, and to three other companies involved in delivering gas, equipment and Workers.

According to their investigation, just after a shift change a freezer at the plant malfunctioned and began releasing colorless, odorless liquid nitrogen into the plant’s air.

This displaced the oxygen in the room - making it harder to breathe.

After the leak, three of the plant’s Maintenance Workers entered the freezer without precautions or safety equipment and were immediately overcome by the gas.

Other Workers then entered the room and were also overcome by the liquid nitrogen.

OSHA found none of these Workers were trained on the deadly effects of nitrogen exposure - even though they worked in a plant that had huge freezers that relied on liquid nitrogen.

OSHA found that five Workers died immediately from the exposure, while a sixth died on his way to the hospital.

At least a dozen others were hospitalized.

“Six people’s deaths, and injuries suffered by at least a dozen others, were entirely avoidable,” U.S. Labor Secretary Marty Walsh said. “The Department of Labor is dedicated to upholding the law and using everything in our power to get justice for the Workers’ families.  The bottom line is no one should leave for work wondering if they’ll return home at the end of the day, and the Department of Labor is committed to holding bad actors accountable.”

During their investigation, OSHA found that Foundation Food Group and Messer LLC of Bridgewater, New Jersey, failed to implement any of the safety procedures necessary to prevent the nitrogen leak or to equip the responding Workers with the knowledge and equipment to safely respond to the leak.

OSHA cited: Foundation Food Group, Messer LLC, Packers Sanitation Services Inc., Ltd. of Kieler, Wisconsin; and FS Group Inc. of Albertville, Alabama - all responsible for operations at the Gainesville facility - for a total of 59 violations and proposed $998,637 in penalties.

“This horrible tragedy could have been prevented had the employers taken the time to use - and teach their Workers the importance of - safety precautions,” OSHA (Atlanta) Regional Administrator Kurt Petermeyer said. “Instead, six Workers died as a result of their employers’ failure to follow necessary procedures and to comply with required safety and health standards. We hope other industry employers learn from this terrible incident and comply with safety and health requirements to prevent similar incidents.”

To Continue Reading This Labor News Story, Go To:  https://ucommblog.com/section/safety/osha-issues-1m-fines-georgia-poultry-plant