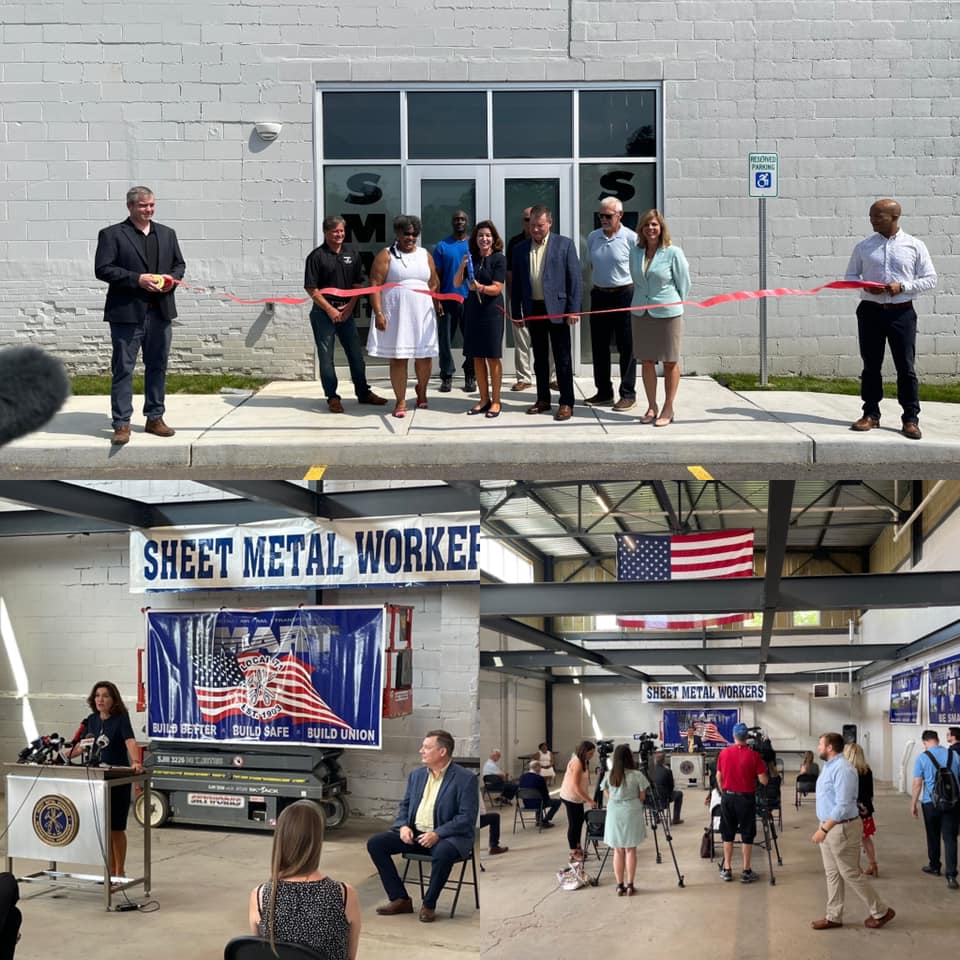 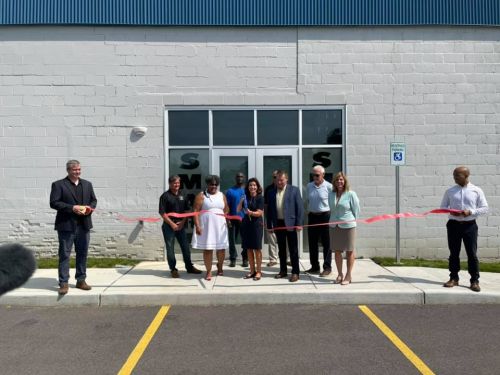 “It was a ‘real challenge’ getting this approved by our Membership, but ‘this was the place to be and we have never looked back,’” Helak proudly told WNYLaborToday.com.

Now, SMART Local 71 is showing off an impressive prize that creates a real-life construction site inside the building, one that even during the speed bumps brought about the Coronavirus Pandemic will benefit the Sheet Metal Workers Local well into the future.

It was all paid for by Member dues and a $377,000 New York State Empire State Development Grant.  In addition, another $80,000 was invested into new training equipment for the center. 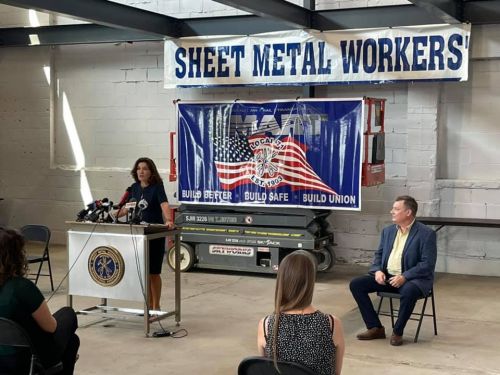 “We are seeing the ‘fruits of their labor,’” Hochul (Pictured Above/WNYLaborToday.com Photos) told those in attendance at the ribbon cutting/news conference.  “It’s ‘special because of this neighborhood, to restore it to its former glory days’ and an ‘incredible’ Union ‘that has played a key role in bringing back our community.’  ‘It’s a Buffalo comeback story.’”

The SMART Local purchased the 7,500-square-foot, two-story building and its adjacent land - which had served as home for the former Sweet Kleen Laundry on the corner of Liberty and Kensington on the City’s East Side back in 2014.

It’s located next door to Local 71’s existing 13,000-square-foot Union Hall and Offices, 11,500 of which features an original training area the Construction Union has used for training purposes. 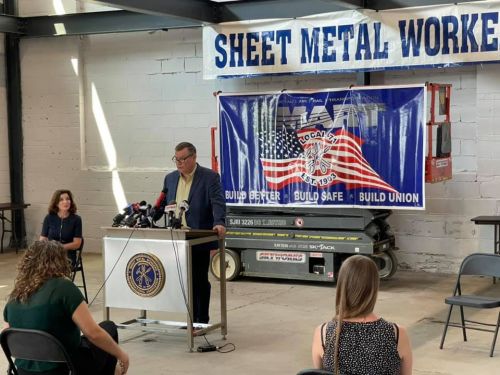 Current Local 71 Business Manager Paul Crist (Pictured Above/WNYLaborToday.com Photos) spoke at the news conference and said: “Sheet Metal Workers’ Local 71 ‘committed (itself) to making the City of Buffalo our home (back) in 2000.’  Since then, we have worked, saved and planned for this expansion, ‘so we can continue our mission of training the next generation of’ Sheet Metal Workers.  Our Members ‘strive to be the safest, best trained, and most productive workers on any jobsite and with this help we can simulate realistic jobsite conditions for hands on training.’  ‘This was an old, fallen-down building where we will now do more as we move forward.’   ‘I cannot express enough how thankful we are to Empire State Development for partnering with us to make this expansion happen.’” 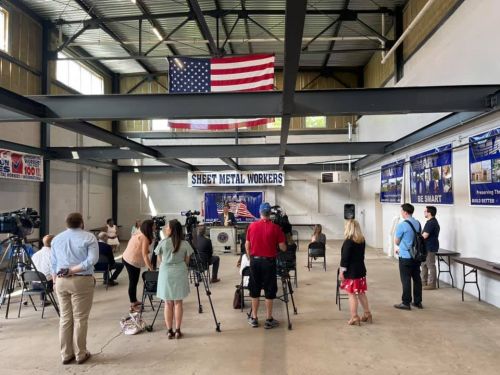 The former manufacturing facility that now serves as the new training home for Local 71 had become a neighborhood eyesore, stemming from years of vacancy, neglect and deterioration.

New York State Assembly Majority Leader Crystal Peoples-Stokes - who did not attend the event, released the following statement: “The completion of a once former brownfield site turned into a new state-of-the-art training center in the City of Buffalo will help produce the next generation of SMART Workers.  This project serves as a shining example of Empire State Development’s commitment to help revitalize our community and strengthen our workforce.  I applaud SMART Local 71 and (Empire State Development’s) collective leadership and investment in Western New York.”

“As we reimagine our economy for a post-pandemic comeback, it's more important than ever to make sure that success is accessible to all,” Hochul added. “SMART Local 71’s expanded training center is training the next generation of Skilled Workers to help build the new Buffalo, and will further unleash the full potential of Western New York’s economy connecting people with good paying jobs and ensuring no one falls behind during our recovery.”