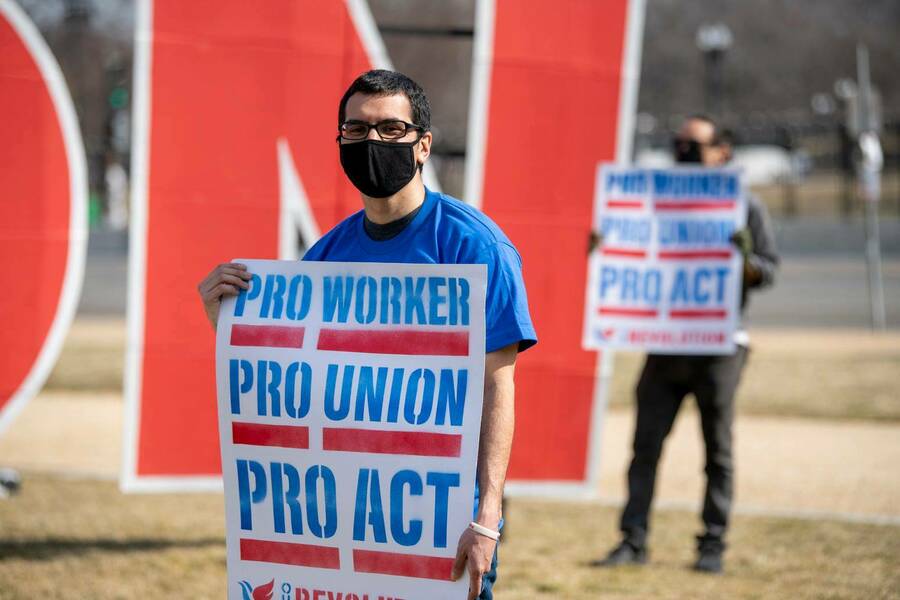 In These Times Editor’s Note: James Coleman is a 22-year-old City Councilmember for the City of South San Francisco and a Harvard University graduate.  Nick Gonzalez is a 23-year-old Policy Analyst at the UCLA Latino Policy & Politics Initiative will attend Georgetown’s McCourt School of Public Policy.

Like so many other recent college graduates of Gen Z who are trying to enter the workforce, become financially independent and grow our families, we’re seeing the promised âAmerican Dream drift further and further out of reach.

The economy our generation enters today is defined by rising inequality and stagnant wages.

Debilitating student debt and astronomically high costs of living in metropolitan areas have dwindled our chances of achieving the same economic prosperity as previous generations.

Our parents worked jobs that didn’t require a college degree and allowed them to purchase homes at a fraction of today’s price.

Now that dream feels more like a fantasy for our cohort of younger Workers.

Today, Millennials and Gen Z collectively make up 40% of the U.S. Workforce, but own only 5.9% of household wealth, while Baby Boomers account for just 25% of the workforce - but own 53% of household net worth.

When Baby Boomers were Millennials’ age, they owned more than double the wealth of Millennials today.

Our generations won’t have the same stability as our parents and grandparents unless systematic changes are made to reinvigorate a key tool in the workplace that helped generations before us enjoy more economic security: Labor Unions.

Congress is currently devising a solution that makes it easier for Workers to organize and collectively bargain through Unions.

In March, the House passed the Protecting the Right to Organize (PRO) Act, a Bill that would allow Gig Workers to Unionize, legalize Solidarity Strikes and ban various Union-Busting tactics that keep Workers underpaid and overworked.

By expanding access to Unionization, the PRO Act strengthens avenues for Workers to improve their wages and working conditions.

Our Boomer parents and grandparents aged into the workforce when Unions had high levels of Membership, giving them power to hold employers accountable for living wages, safer conditions and robust benefits.

Meanwhile today, Millennial and Zoomer integration into the workforce is characterized by low Union Membership and stagnant wages, making it significantly harder to afford an education, buy a home and start a family.

To Continue Reading This Labor Perspective, Go To: https://inthesetimes.com/article/zoomers-pro-act-union-labor?fbclid=IwAR2i5rDcmInaYn4AXTIdOVXudhfMS0X7v1vlrYq5jizLrtiNiIS1RRTP5yA