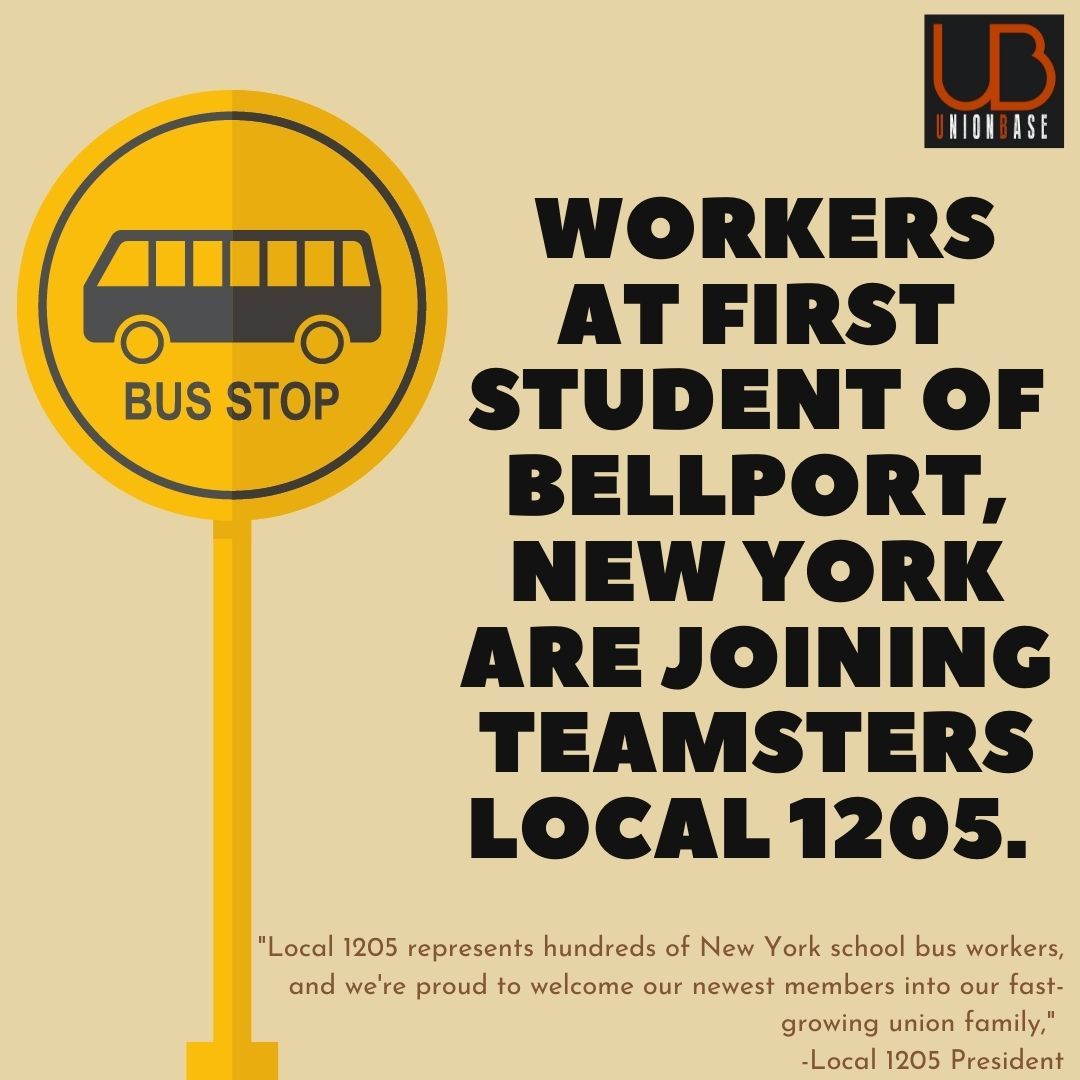 “This victory is proof Workers want to be represented and want to be part of the Teamsters,” added Local 1205 Business Agent and Vice President Gary Kumpa. “Our newest Members from the Bellport Yard recognize that the wages, benefits and working conditions First Student Workers get with a Teamster contract are unparalleled.”

The Workers will negotiate a supplemental contract at the local level.

They are already covered by the First Student National Master Agreement, the latest version of which was just ratified on June 28th.

One of the newest Teamster Members, a Mechanic at the Bellport Facility, said: “Pretty much everyone in the shop just wants the same treatment that techs from the other locations that are in the Union get.  We also hope to get better benefits.”

Teamsters Local 1205 represents Workers in school bus, construction and a wide variety of other industries throughout New York Metropolitan Area.

To Directly Access This Labor News Report, Go To: https://teamster.org/2021/07/bellport-first-student-workers-join-teamsters-local-1205/