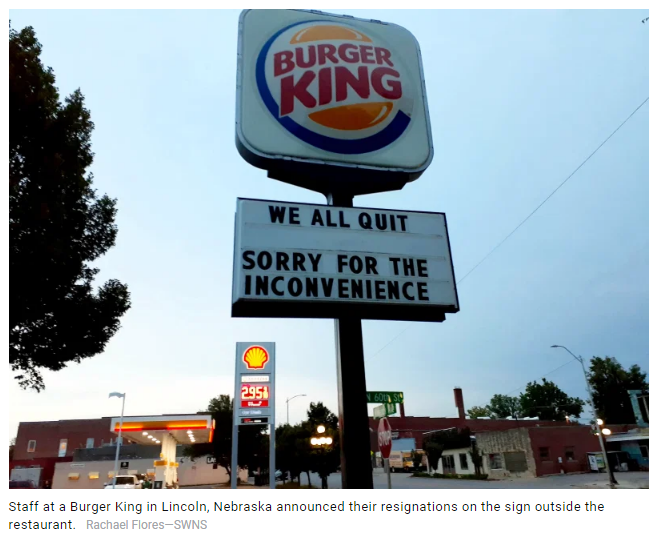 (MISSOULA, MONTANA) - Xue Vang had long known that his job de-icing planes, loading bags and chocking wheels at the Missoula Airport was dangerous, especially in the Montana Winter, when blinding snow and rain obscure the spinning engines that can suck in a human body.  But this past Winter, the conditions at Unifi, which services planes for United and Delta, became intolerable.  Because of the Coronavirus Pandemic, understaffing was so bad that Vang was simultaneously handling two or three planes on the “ramp,” or tarmac, while making sure new trainees didn’t get inhaled into the engines.

One day, Vang’s colleague Jared Bonney was complaining that he’d been promised a raise for years that never materialized.

Single adults would need to make $14.13 an hour to support themselves in Missoula, according to MIT’s Living-Wage Calculator.

Other Unifi Workers started sharing complaints about low pay, lousy conditions and broken promises of raises, even though their jobs required specialized training and were critical to flight safety.

A walkout could get them fired - Unifi was not Unionized - and plans for one three years earlier had fizzled.

But in April, when Bonney says a Unifi HR manager called the Workers “unskilled” and undeserving of more money, getting fired didn’t seem so bad - not when Panda Express and Taco Bell were posting job openings starting around $14 an hour.

“It was just a boiling point for me,” says Bonney, 25, who couldn’t save money after paying his bills - even while living with his parents.

The Strike happened on a cold Monday in April.

Six of the 15 Workers who had vowed to participate, including Bonney and Vang, showed up for their 4 a.m. shift and clocked in with the intention of telling their supervisor they were staging a walkout.

They were met by the regional manager, who had been alerted to their plans by one of their colleagues.

Rather than grounding flights, the Workers had their badges confiscated.

Undeterred, they regrouped in the baggage area, then went to Target to get supplies to make picket signs.

For the rest of the week, they and two other Workers who had missed the initial walkout picketed outside the airport.

Within two weeks, all had been fired.

Vang has no regrets: “I hope that we spark something.  We want this movement to keep going -people deserve a living wage.”

The pandemic was a breaking point for low-wage Workers like Bonney and Vang, who are fed up with being treated poorly while barely making enough to get by.

Over the past 40 years, while wages have soared for higher-income Workers, they’ve barely budged for people at the bottom of the income scale.

Over that time, as Middle Class jobs were automated or sent overseas, and as more people vied for what was left in the wake of the 2001 and 2007-2009 recessions, employers had the upper hand.

But after 17 months of having to show up to jobs in person, putting their lives on the line while White Collar and knowledge Workers stayed home and saw their savings grow, America’s Hourly Workers may be gaining leverage.

Entire shifts of Employees at fast-food restaurants, amusement parks and airports are walking off their jobs, pasting handwritten notes on the doors that say we quit.

To Continue Reading This Labor News Report, Go To: https://time.com/6082457/hourly-workers-demand-pay-benefits/?utm_source=facebook&utm_medium=social&utm_campaign=editorial&utm_term=business_labor&linkId=125035125&fbclid=IwAR0p5aDCfj9_e7uxd-wu28SeJatpr0f63IUnBYKd7oxtK5LkHwpqwl2KN_Q