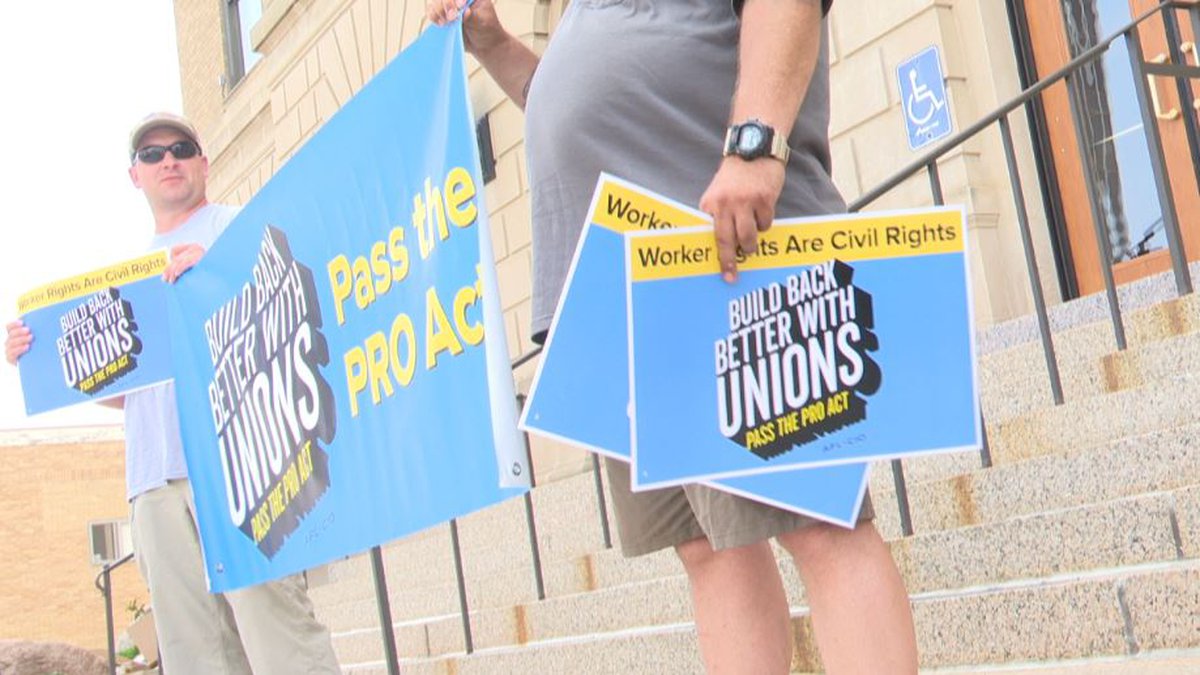 (WASHINGTON, D.C.) - The National AFL-CIO led a Protecting the Right to Organize (PRO) Act Week of Action this week, part of the Labor Movement’s National Campaign urging U.S. Senators to pass this transformative and bipartisan legislation.

This week of action includes at least one event near every U.S. Senator’s Office.

“This PRO Act Week of Action is another full-court press. America’s Labor Movement is showing up in every corner of our country to demand a fix to our outdated Labor Laws that are nearly one hundred years old,” National AFL-CIO President Richard Trumka said. “Our Members and all Working People are committed to making the PRO Act the law of the land this year.”

Events ranged from a rally in Fairbanks, Alaska at Senator Lisa Murkowski’s Office to a canvass in the Phoenix area, where Members had in-depth conversations about the PRO Act and the importance of Senators Kyrsten Sinema and Mark Kelly supporting this historic piece of Labor Legislation.

Meanwhile, the Virginia AFL-CIO and its affiliated Central Labor Councils continued their Wednesdays with Senator Mark Warner, with rallies planned at the Senator’s home-state offices - urging Warner to co-sponsor the PRO Act.

Events took place across the country, including in New York, where Senators Chuck Schumer and Kirsten Gillibrand joined the New York State AFL-CIO at a press conference calling for the passage of the PRO Act.

Other regional highlights include:

The National AFL-CIO also launched a PRO Act website that clearly lays out the need for the landmark Worker Empowerment, Civil Rights and Economic Stimulus Legislation and offers ways to get involved.

This week also highlighted the importance of the PRO Act to combating inequality and advancing Civil Rights, with the just-released AFL-CIO’s Executive Paywatch Report and a Democracy for All event.

To Directly Access This Labor News Report, Go To: https://aflcio.org/press/releases/labor-movement-leads-pro-act-events-backyards-all-100-senators