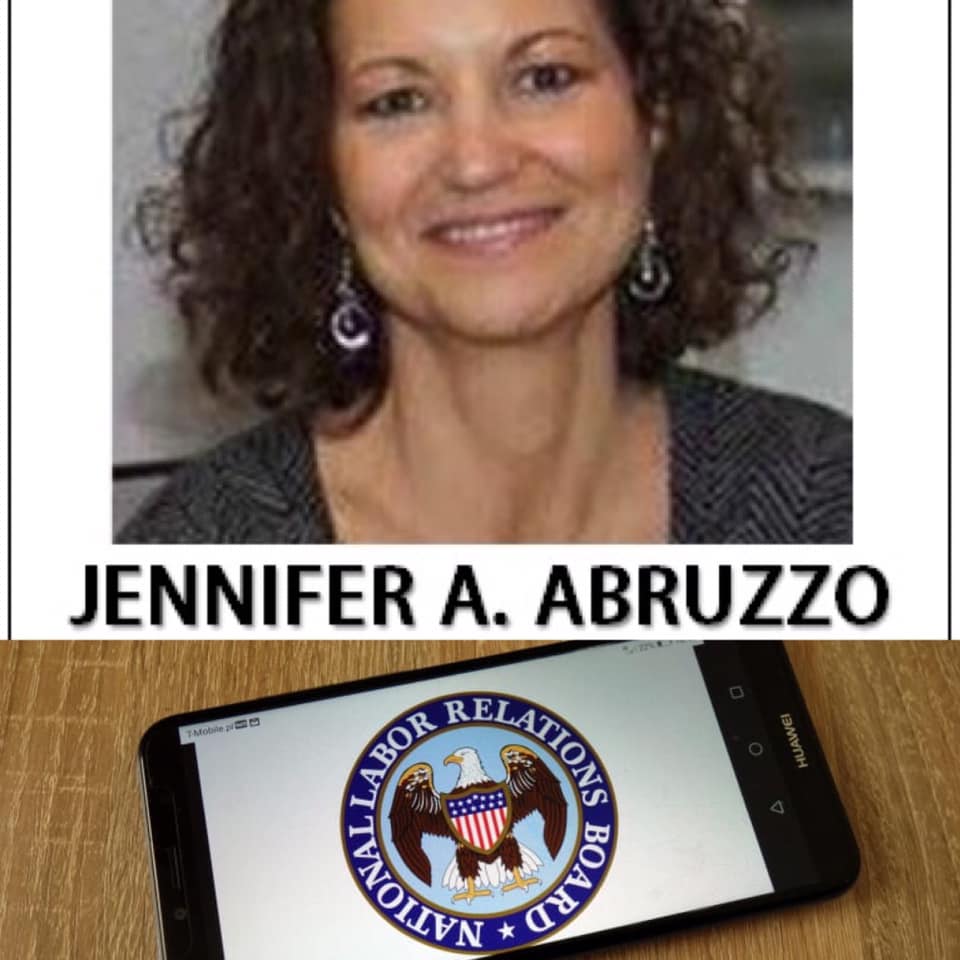 (WASHINGTON, D.C.) - The U.S. Senate on Wednesday (July 21st) narrowly confirmed Union Lawyer Jennifer Abruzzo to a four-year term as General Counsel of the National Labor Relations Board (NLRB), after Republicans questioned her role in the firing of the Trump-era General Counsel.

The Democrat-led Senate voted 50-50 with Vice President Kamala Harris breaking the tie to confirm Abruzzo, who most recently was Special Counsel to the Communication Workers of America (CWA) after spending most of her career at the NLRB.

The NLRB General Counsel acts as a prosecutor in Unfair Labor Practice (ULP) cases and is the Agency's Chief Administrative Official.

Abruzzo served as the Deputy General Counsel during the Obama administration.

At a confirmation hearing in April, Senator Richard Burr - a Republican from North Carolina, grilled Abruzzo about her role in the firing of Robb, which many Republicans and business groups have claimed was illegal.

Abruzzo told Burr at the time that, as a member of Biden's transition team, she helped vet concerns about Robb's management of the General Counsel's Office and that she felt "stakeholders' recommendations for removing Robb be elevated."

Burr, who has since been echoed by other Republicans, suggested at the hearing that Abruzzo engineered Robb's firing so she could take his job.

Unions and Democrats, meanwhile, applauded the nomination of Abruzzo, saying her experience at the NLRB makes her well-equipped to serve as General Counsel and protect the rights of Workers to join Unions and advocate for better working conditions.

NLRB Chair Lauren McFerran, a Democrat, said in a tweet that Abruzzo "is a dedicated public servant with a wealth of experience that she will bring to this important role."

Abruzzo is widely expected to reverse course on budget cuts and staffing reductions implemented by Robb, and to eliminate policies that critics say have hobbled the ability of NLRB Lawyers to investigate Worker complaints and pursue ULP cases against employers.

She will take the reins from Peter Sung Ohr, who was appointed Acting General Counsel by Biden in January.

Ohr had been the NLRB's Regional Director in Chicago.

To Directly Access This Labor News Story, Go To: www.reuters.com/legal/transactional/vp-breaks-tie-bidens-pick-nlrb-general-counsel-2021-07-21/